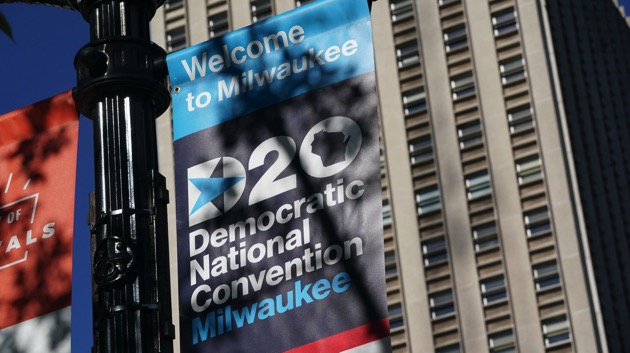 Monday, the first night of the convention, showcases a slate of speakers that reflect the ideological spectrum lined up behind Biden’s candidacy, according to a schedule released by the Democratic Party.

Sen. Bernie Sanders, the progressive stalwart who was Biden’s chief rival for the Democratic nomination, will speak on Monday evening, the same night that former Ohio Gov. John Kasich, a former GOP presidential contender who competing against President Trump in 2016, is slated to speak.

Govs. Andrew Cuomo of New York and Gretchen Whitmer of Michigan, who is still rumored to be in contention as Biden’s running mate and met with the former vice president on Aug. 2, will all also speak on Monday, along with Nevada Sen. Catherine Cortez Masto, South Carolina Rep. Jim Clyburn, Alabama Sen. Doug Jones and Minnesota Sen. Amy Klobuchar. Former First Lady Michelle Obama, who has opted to remain mostly on the sidelines throughout the 2020 political season, is emerging front and center at a crucial time for the party to project unity, and will deliver the keynote speech on Monday night.

Tuesday features both a look at some of the party’s more established leaders and its youngest stars, including New York Rep. Alexandria Ocasio-Cortez and former President Bill Clinton.

Hillary Clinton, the 2016 presidential nominee, is set to speak on Wednesday, the same night as House Speaker Nancy Pelosi, and some of the women speculated to comprise Biden’s shortlist for a vice president, including Sen. Elizabeth Warren and New Mexico Gov. Michelle Lujan Grisham. Gabrielle Giffords, the former congresswoman from Arizona who was severely injured when a gunman opened fire at a campaign event in Tucson, will also speak. The night leads up to a speech by the soon-to-be-named vice presidential nominee, just before Obama is set to close out the night.

The event culminates on Thursday, when a number of the women considered to be in contention to be Biden’s running mate — including California Sen. Kamala Harris, Atlanta Mayor Keisha Lance Bottoms and Illinois Sen. Tammy Duckworth — speak in the lead up to Biden’s speech, during which he will formally accept the party’s presidential nomination.

Other speakers set for the mostly virtual event on Thursday include a number of Biden’s former 2020 rivals — Sen. Cory Booker and former South Bend, Indiana, Mayor Pete Buttigieg — as well as California Gov. Gavin Newsom, Wisconsin Sen. Tammy Baldwin, Delaware Sen. Chris Coons, and members of Biden’s family. While some of the speeches will be live, others will be pre-recorded – a result of the changing circumstances due to the pandemic and the need to minimize any technical issues.

Andrew Yang, a former presidential contender who is not among the listed speakers, expressed some dismay about not being included in the schedule. But Yang is expected to be part of a segment featuring former 2020 presidential candidates.

I’ve got to be honest I kind of expected to speak.

All of the speeches are set to take place during two hours of primetime, 9-11 p.m. ET, with each day of the gathering centering around the theme of “Uniting America” — one that the party views as a sharp contrast between Biden’s vision and leadership and Trump’s and one that also draws on the chief conflict throughout the primary that frequently pitted the moderate faction against the progressive wing.

In the months since wrapping up the Democratic primary and before he formally takes the helm of the party, Biden has attempted to navigate those dueling political currents that he needs to tame to successfully execute his primary goal: to unite the entire Democratic coalition.

The slate of speakers aims to highlight Biden’s efforts to not only court uncertain progressives, but also demonstrate his commitment to broadening the coalition, which includes some disillusioned Republicans such as Kasich, that he hopes will deliver him the White House in November. Additional speakers, including national leaders, advocates and celebrities will be announced in the coming days, according to convention planners.

The convention, which was planned to be in Milwaukee in July, has been hobbled by the virus. Organizers first pushed the date back to August, then pared-back the event by anchoring it in the city with a mix of virtual events and, ultimately, announced earlier this month that the gathering was moving to an almost entirely virtual affair, with Biden scheduled to accept the nomination from his home state of Delaware.

Details around Biden’s speech have yet to be released, but his decision reflects just how much the coronavirus pandemic has transformed planning for the quadrennial event. Delegates and members of Congress, too, were told to stay home rather than travel to Milwaukee.

Less than one week out, an event that historically takes years to plan, is the capstone of the party’s nominating process and typically attracts thousands of supporters and party loyalists is still being finalized.

‘Goliath’ star Billy Bob Thornton on taking the reins as director for the final season premiere
COVID-19 live updates: Hospitalizations reach another all-time high in Iowa for 2021
CDC advisory panel votes to recommend Pfizer boosters for people 65 and older
New ‘Ghostbusters: Afterlife’ posters show Paul Rudd and the new cast geared up for the ghosts
“Will they kill me?” See Kristen Stewart as Princess Di in the final trailer for ‘Spencer’
Schumer, Pelosi announce ‘framework’ to pay for $3.5T infrastructure bill