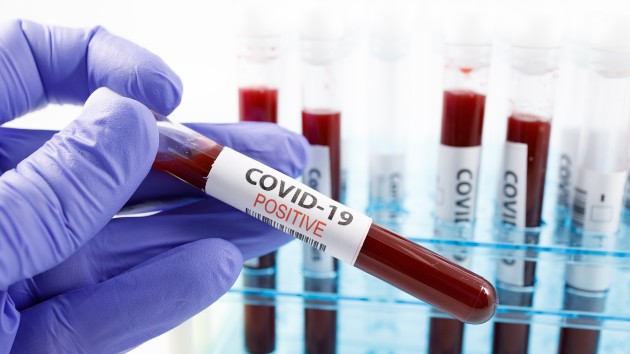 (NEW YORK) — A pandemic of the novel coronavirus has now killed more than 736,000 people worldwide.

Over 20 million people across the globe have been diagnosed with COVID-19, the disease caused by the new respiratory virus, according to data compiled by the Center for Systems Science and Engineering at Johns Hopkins University. The actual numbers are believed to be much higher due to testing shortages, many unreported cases and suspicions that some national governments are hiding or downplaying the scope of their outbreaks.

Since the first cases were detected in China in December, the United States has become the worst-affected country, with more than five million diagnosed cases and at least 163,465 deaths.

Azar made the comments during an interview Tuesday on ABC’s Good Morning America, following news that Russia had become the first country in the world to officially register a COVID-19 vaccine and declare it ready for use. Moscow approved the vaccine before completing its final Phase III trial, and no scientific data has been released from the early trials so far.

“The point is not to be first with a vaccine; the point is to have a vaccine that is safe and effective for the American people and the people of the world,” Azar said on GMA.

The U.S.-led Operation Warp Speed initiative, which the Trump administration introduced in early April, currently has six vaccines in development, including two that are in Phase III trials — the final stage before a vaccine candidate could potentially be authorized for use by the Food and Drug Administration. Azar said he believes the United States “could have FDA-authorized or approved vaccines by December.”

“We believe that we are on track towards having tens of millions of doses by December of FDA gold-standard vaccine, and hundreds of millions of doses as we go into the new year,” Azar said. “It will really depend on the speed at which the clinical trials enroll and people are vaccinated and then are exposed to the virus.”

New Zealand Prime Minister Jacinda Ardern announced Tuesday that the city of Auckland would temporarily return to lockdown, after four new locally-transmitted cases of COVID-19 were identified in a household in the region.

New Zealand had gone 102 days without recording any locally-transmitted cases — until now.

Auckland will be placed under level three restrictions for three days, starting Wednesday afternoon. The rest of the country will go into level two until midnight on Friday.

Residents of Auckland will be asked to stay home where possible, while restaurants, bars and non-essential shops will shutter. Schools across the city will also be closed for those three days and gatherings of over 10 people will be prohibited.

“We’re asking people in Auckland to stay home to stop the spread,” Ardern said at a press conference Tuesday. “Act as if you have COVID, and as though people around you have COVID.”

Russian President Vladimir Putin announced Tuesday that his country has become the first in the world to grant regulatory approval to a COVID-19 vaccine.

Speaking at a meeting with his cabinet ministers on state television, Putin said the vaccine had “passed all the needed checks” and had even been given to one of his daughters. The vaccine will soon be administered to Russian health workers, he said.

The vaccine, developed by the state-run Gamaleya Research Institute of Epidemiology and Microbiology in Moscow, was officially registered and declared ready for use after less than two months of human testing, without completing its final Phase III trial. So far, the drug has been tested on fewer than 100 people and Russia has yet to release any scientific data from those early trials.

The U.S. Centers for Disease Control and Prevention says Phase III trials must involve a minimum of 3,000 volunteers to be recognized.

Dozens of COVID-19 vaccine candidates are being developed by teams of researchers around the world, and several are in final Phase III human trials, according to the latest data from the World Health Organization.

There were 49,544 new cases of COVID-19 identified in the United States on Monday, according to a count kept by Johns Hopkins University.

It’s the second consecutive day that the nation has recorded under 50,000 new cases. An additional 525 coronavirus-related deaths were also reported.

Sunday’s caseload is well below the record set on July 16, when more than 77,000 new cases were identified in a 24-hour reporting period.

A total of 5,094,565 people in the U.S. have been diagnosed with COVID-19 since the pandemic began, and at least 163,465 of them have died, according to Johns Hopkins. The cases include people from all 50 U.S. states, Washington, D.C. and other U.S. territories as well as repatriated citizens.

Many states have seen a rise in infections in recent weeks, with some — including Arizona, California and Florida — reporting daily records. However, the nationwide number of new cases and deaths have both decreased in the last week, according to an internal memo from the Federal Emergency Management Agency obtained by ABC News Monday night.