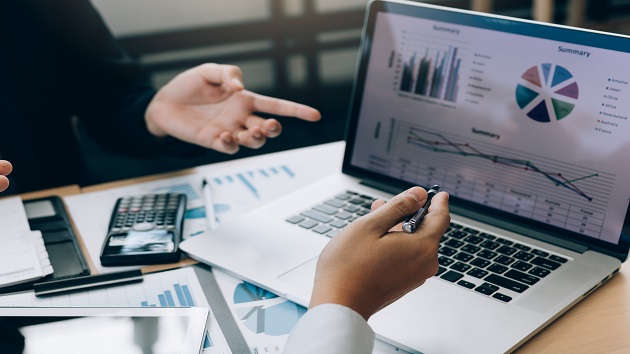 (NEW YORK) —  A coalition of more than two dozen business leaders from some of New York City’s largest employers together are pledging to hire 100,000 Black, Latino, Asian and low-income workers over the next 10 years.

CEOs from 27 major businesses, including JPMorgan Chase and Google, announced the formation of the New York Jobs CEO Council on Tuesday to help meet the goal.

The initiative will be led by Dr. Gail Mellow, who previously worked as the president of LaGuardia Community College. It will work closely with the City University of New York system — 75% of that student body is Black and Latinx, according to Mellow — and other public education and community organizations.

“This is not about a press release, this is about a 10-year commitment on the part of these companies. This is long term, this is systemic,” Mellow told ABC News. “These CEOs are metrics-driven. They don’t want a good story, they want to see the numbers.”

The new program comes as the COVID-19 pandemic has exacerbated income inequality in the U.S. and hit communities of color especially hard.

New York Gov. Andrew Cuomo said that the state is “confronting this injustice head on” and that the new initiative “will play an important role connecting underserved communities with career resources and access to New York’s world-class educational institutions, helping ensure economic prosperity is a dream anyone can realize, no matter their ZIP code.”

Joining the initiative are the chiefs of Amazon, Bank of America, Citi, Goldman Sachs, IBM and more. The proposed job types range widely by company, according to Mellow, but the goal is that all are well-paying, even at the entry level, and provide the potential for growth.

“Many New Yorkers are stuck in low-paying jobs that could be lost in the future or are struggling to navigate the labor market as the COVID-19 crisis has further exacerbated the economic inequities in the city,” Jamie Dimon, CEO and chairman of JPMorgan Chase and a co-chair on the council, said in a statement. The participating companies, including his, are using their “collective power to prepare the city’s workforce with the skills of the future and helping New Yorkers who have been left behind get a foot in the door.”

Arvind Krishna, CEO of IBM and another co-chair, added that the jobs council “will create much-needed economic opportunities for New Yorkers in diverse and underserved communities.”

“This will not only help companies tap into fresh new talent but also ensure that people of all backgrounds can reap the fruits of the city’s economic recovery and thrive in a fast-changing job market,” Krishna added.

Mellow told ABC News that each company has been asked to provided a signed letter of intention. As part of the letter, the companies must pledge to work closely with the New York City public schools system and the City University program to create an increasing number of apprenticeships.

Mellow, a college president for two decades, told ABC News her goal has always been to propel students “out of poverty and into the middle class.” She said that job opportunities, especially internships and apprenticeships, have been one of the biggest game changers for students from low-income communities entering the workforce.

“The world has been unfair to low-income communities, and that is exactly why we are doing this,” she said. “We don’t want people to stay low-income — we want to help create the middle class in America again.”

Idris Elba, Angela Bassett and others to help launch new opportunities for diverse first-time filmmakers
Federal election fraud would be ‘a major challenge for an adversary’: FBI director
Mary Trump alleges in lawsuit her family ‘fleeced’ her out of millions of dollars
NASA pledges to land 1st woman on moon by 2024
Protesters hit by vehicles at Breonna Taylor demonstrations in Buffalo, Denver
Coronavirus live updates: CDC forecasts up to 226K US deaths by mid-October