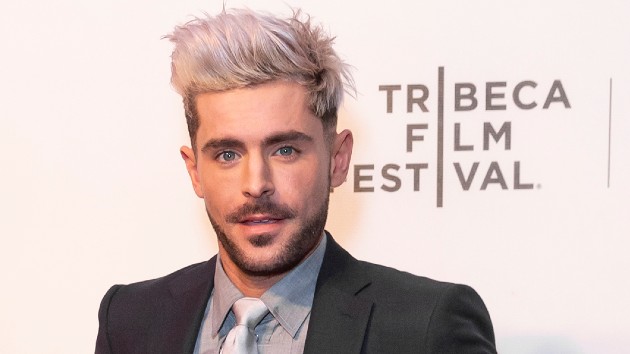 (LOS ANGELES) — Former High School Musical star Zac Efron is returning to Disney, in a remake of the 1987 hit Three Men and a Baby.

The Hollywood Reporter reveals the search is on for a director for the project, which was originally a French movie. In the 1987 version, Leonard Nimoy directed Ted Danson, Steve Guttenberg and Tom Selleck as three bachelors whose lives are turned upside down when a baby appears on their doorstep.

The film was a hit, and The Hollywood Reporter points out it was the first live-action Disney movie to cross the $100 million mark at the box office. It led to a sequel that reunited the stars, without Nimoy, for 1990’s Three Men and a Little Baby.

NFL star Aaron Rodgers says ‘being a father’ is his ‘next great challenge’
Kim Kardashian feels “empathy” for Britney Spears after watching ‘New York Times’ documentary
‘Avengers: Endgame’ directors Joe and Anthony Russo happy to be clueless fans of ‘WandaVision’
Eddie Murphy, Arsenio Hall, and cast share their ideas for a third installment of ‘Coming to America’
Landmark LGBTQ series ‘Pose’ returning for third and final season on May 2
‘Pharmacy deserts’ are new front in the race to vaccinate for COVID-19