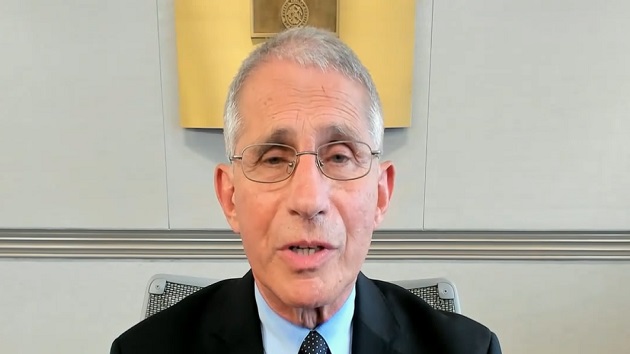 BY: ESTHER CASTILLEGI and ALLIE YANG

“There should be universal wearing of masks,” he said Monday when asked about reopening schools. “There should be the extent possible social distancing, avoiding crowds. Outdoors [is] always better than indoors and [you should] be in a situation where you continually have the capability of washing your hands and cleaning up with sanitizers.”

“When I see sights like that, it is disturbing to me,” Fauci added.

Hannah Watters, a 15-year-old sophomore at North Paulding High School in Dallas, Georgia, captured the image in the school’s hallway. She was suspended within 24 hours after sharing the photo on social media but then had the punishment revoked days later.

On Monday, officials announced the school would close for cleaning after nine people tested positive for COVID-19.

Fauci, director of the National Institute of Allergy and Infectious Diseases (NIAID) and an advisor to six U.S. presidents, recommends “a comprehensive way to really avoid the things” the viral photo captured, including the lack of masks and social distancing in an enclosed space.

While he conceded that mask-wearing guidance will be decided at the local level, he said the “universal wearing of masks is one of five or six things that are very important in preventing the upsurge in infection and in turning around the infections that we are seeing surge.