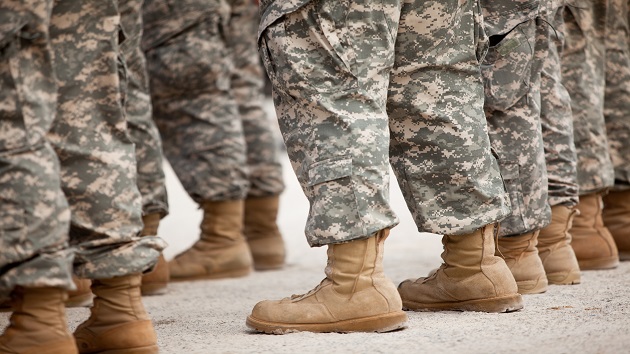 (LOS ANGELES) — The remains of seven Marines and a Navy Sailor who were killed when their amphibious assault vehicle (AAV) sank during a training exercise on July 30 off of San Clemente Island in Southern California have been recovered, the Marine Corps announced Friday night.

The recovered Marines and Sailor will be transferred to Dover Air Force Base, Delaware, for preparation by mortuary affairs teams for burial.

There were 16 aboard the AAV when it began taking on water during a shore-to-ship maneuver about a mile off the coast of San Clemente Island last month. Eight were rescued that day, one of whom was pronounced dead at the scene. The eight other on board were presumed dead after a lengthy and intense search and rescue operation.

The Marines were making their way back to the U.S. Navy amphibious ship USS Somerset on their AAV, according to three defense officials, when the incident began.

The AAV was among a group of 13 AAVs returning to the ship, which was approximately a mile from shore, Lt. General Joseph Osterman, commander of I Marine Expeditionary Force, said at a July 31 press conference.

Osterman said that the personnel aboard the AAV signaled to other AAVs that they were taking on water. Immediate aid provided by personnel on two other AAVs and those on a safety boat accompanying the vehicles helped rescue eight of the imperiled Marines.

“It sank completely,” said Osterman, adding that “the assumption is it went all the way to the bottom,” several hundred feet below the surface, too deep for divers.

The cause of the training accident is still under investigation.

The Marine Corps released details of the nine dead service members. All eight Marines served as riflemen in 1st Battalion, 4th Marines based in Camp Pendleton. The sailor was a Fleet Marine Force corpsman serving alongside them in the infantry unit.

Their names, ages and hometowns are as follows:

Motorcycle safety training classes available for rest of year
Only 10% of US adults may have COVID-19 antibodies: Study
Two former leaders of Holyoke Soldiers’ Home charged in COVID-19 deaths
Astronaut Terry Virts on managing isolation in space and during a pandemic
Racial disparities in alcohol and substance misuse
Berkeley set to become first US city to ban junk food in grocery store checkout aisles