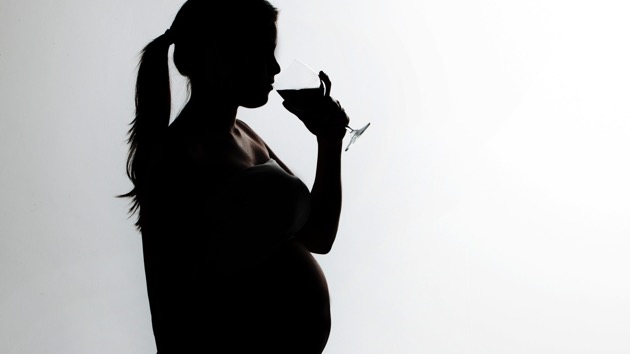 (ATLANTA) — It has long been known that alcohol and pregnancy can be a dangerous combination. Now, a new study from the Centers for Disease Control and Prevention finds one in nine women reported drinking while pregnant.

Drinking patterns were broken down by trimester of pregnancy, with the study finding that nearly 20% of women drank in their first trimester. But it found this rate dropped to 4.7% of respondents in the second and third trimesters.

“Given that we live in a society that knows about the risks that come with drinking, it is alarming that this is a statistic,” said Dr. Jessica Shepherd, an obstetrician-gynecologist at Baylor University Medical Center in Dallas, who added that most women will stop after a positive pregnancy test.

The CDC report also observed specific drinking patterns such as binge drinking four or more beverages in one occasion, which was reported in more than 10% of respondents during the first trimester.

The study, from this week’s CDC “Morbidity and Mortality Weekly Report,” highlighted data from the National Survey on Drug Use and Health (NSDUH), run from 2015 to 2018, that observed, among other habits, patterns of drinking and drug use in pregnant women.

But many OBGYN’s state that any self-reported drinking figures are likely an underestimate, because people tend to report drinking fewer alcoholic drinks than they actually consume. Experts cite one of the most common reasons women may report alcohol use in the earliest stage of pregnancy is because it occurred before they knew they were pregnant.

In 2016, the CDC revised its statement on alcohol use in pregnancy to include women before they even became pregnant.

But the report was met with mixed reception, with many citing the unrealistic expectation that any woman of childbearing age who could become pregnant should refrain from drinking to prevent possible harmful effects.

“Most pregnancies, if you look at the statistics, are unplanned, so people might not know that they’re pregnant until six or seven weeks … and there could be alcohol consumption during that time,” explained Dr. Shepherd.

In another recent study, published by Dr. Katherine Hartmann at Vanderbilt University, her research group followed pre-pregnancy habits of thousands of women week by week extending into their second trimester and tracking rates of miscarriages. They found that even a rare drink in the first few weeks of pregnancy could have a disastrous effect.

“We were able to take into account the type of alcohol that they used, the intensity of their drinking, and week by week, what their self-reported exposure was,” Hartmann explained.

“When they stopped [drinking] right around the missed period, they still had a 37% increased risk in [miscarriage] for those weeks of exposure.”

This was also seen at very low levels of drinking. “Women who had an average of less than one drink per week over the course of a month were still at elevated risk, which floored me,” explained Hartmann.

And the risk was cumulative.

According to Hartmann’s study, each additional week of alcohol exposure during pregnancy was associated with an 8% relative increase in risk of miscarriage compared with women who didn’t drink.

The CDC report found past drinking within the last 12 months was reported by nearly two-thirds of pregnant respondents.

Possible solutions to help women close the gap between knowing they’re pregnant and stopping their drinking? “Iif we had cheaper pregnancy tests that you could pick up at your community health clinic like you could pick up condoms,” said Dr. Hartmann, “this problem with alcohol exposure leading to miscarriage or fetal alcohol syndrome could be really remediated.”

“I think more education should go into family planning,” stated Shepherd. “If they want to conceive, they should discuss with their doctor beforehand and if they know they’re planning, they can stop drinking alcohol ahead of time.”