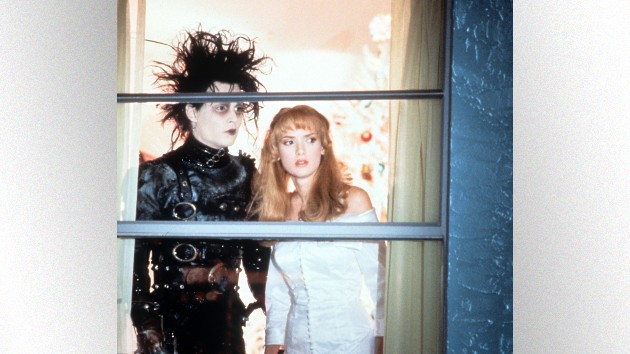 (LOS ANGELES) — Fans of Edward Scissorhands can get their hands on an important piece of Hollywood history: the house famously seen in the 1990 movie has hit the market.

Tampa Bay Times reports that the residence, which served as the Boggs family home, is currently listed at $224,000. The three bedroom, two bathroom house, which was built just months before Edward Scissorhands started filming, is located at 1774 Tinsmith Circle in Lutz, Florida.

A few things are different about the iconic property, as fans will notice that the house is no longer painted pastel blue and instead sports tan vinyl siding.  In addition, the interior of the 1,432-square-foot home has been extensively remodeled since the movie came out 30 years ago.

However, the original kitchen cabinets and countertops remain in tact as they are original to the house.

The realtor representing the property, Stacie Savoy says the listing went up last week and, since then, she’s been inundated with calls from interested parties.

“Everybody seems to be happy about it,” she told the Times.

Edward Scissorhands, which was directed by Tim Burton, starred Johnny Depp as an artificial man whose creator dies before his scissor-like hands could be replaced with a real set.  He is then taken in by the Boggs family, where he falls in love with their daughter, Kim, played by Winona Ryder.

The home featured several memorable scenes, such as the neighborhood barbecue that took place in the backyard, the same place where Edward used his sharp fingers to carve up the bushes to look like dinosaurs.