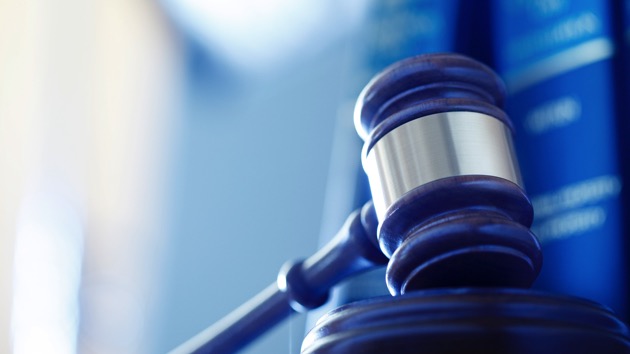 (NEW YORK) — The New York Attorney General is filing a lawsuit against the National Rifle Association, seeking to dissolve the powerful gun lobby for a multitude of alleged violations of state law governing charities.

Attorney General Letitia James is accusing the NRA of an array of “illegal conduct,” according to a press release describing the suit, including “[the] diversion of millions of dollars away from the charitable mission of the organization for personal use by senior leadership, awarding contracts to the financial gain of close associates and family, and appearing to dole out lucrative no-show contracts to former employees in order to buy their silence and continued loyalty.”

The civil lawsuit, expected to be filed in Manhattan Supreme Court on Thursday, also names as defendants longtime NRA CEO Wayne LaPierre and three other NRA executives – John Frazier, Woody Phillips and Joshua Powell – and seeks their removal from their current positions and prohibition from their future service on any other New York-based nonprofit board.

Those four executives “failed to fulfill their fiduciary duty to the NRA,” James is alleging, “and used millions upon millions from NRA reserves for personal use, including trips for them and their families to the Bahamas, private jets, expensive meals, and other private travel.”

But James is demanding more than a change in leadership. The problems within the organization, she argues, are pervasive, as senior leaders “blatantly ignored” internal policies, while the board’s audit committee was “negligent” in providing oversight.

James wants to see the entire nearly 150-year-old organization, which is chartered in New York, “shuttering its doors.”

“The NRA’s influence has been so powerful that the organization went unchecked for decades while top executives funneled millions into their own pockets,” said Attorney General James in a statement, according to the release. “The NRA is fraught with fraud and abuse, which is why, today, we seek to dissolve the NRA, because no organization is above the law.”

An NRA spokesperson did not immediately respond to a request for comment, but its representatives have previously dismissed any concerns about financial mismanagement within the organization.

“The NRA has full confidence in its accounting practices and commitment to good governance,” NRA outside counsel William Brewer said in a statement last year, responding to prior allegations related to the group’s finances. “The association’s financials are audited and its tax filings are verified by one of the most reputable firms in the world. Internally, the association has an appropriate conflict of interest policy, which provides that all potential conflicts are reviewed and scrutinized by the audit committee.”

The NRA has been a major force in Republican Party politics for decades and, more recently, has emerged as a key source of support for President Donald Trump. In the 2016 election, various arms of the NRA were responsible for directing more than $50 million into political campaigns, including $30 million to back then-candidate Trump, according the federal election data compiled by the Center for Responsive Politics.

Thursday’s filing is the culmination of a 17-month investigation into the organization’s finances and its nonprofit status launched in April 2019 in the wake of revelations about questionable spending practices inside the NRA that were further detailed in an anonymous leak of internal documents.

In April, the NRA sued its longtime ad agency Ackerman McQueen, the contractor behind NRATV, raising questions about the firm’s relationship with then-NRA President retired Lt. Col. Oliver North. Days later, The New Yorker published an investigation by Mike Spies of the nonprofit journalism outlet The Trace that claimed “memos created by a senior N.R.A. employee describe a workplace distinguished by secrecy, self-dealing, and greed, whose leaders have encouraged disastrous business ventures and questionable partnerships, and have marginalized those who object.”

Later that same month, The New York Times reported that in a letter sent to NRA board members, LaPierre accused North of extorting him, threatening to release damaging information about the NRA unless LaPierre resigned from his post as chief executive officer. Ultimately, however, it was North who would step down as president, losing the apparent power struggle.

Then, in May, a trove of what appeared to be internal NRA documents were anonymously posted online, raising more questions about LaPierre’s leadership amid mounting allegations of financial mismanagement within the gun lobby.

The leaked documents included letters that appeared to show that North had raised serious concerns with the organization’s audit committee about $24 million in legal fees paid to the firm of outside counsel William Brewer over the previous year. ABC News was not been able to verify the authenticity of the documents, but NRA officials did not dispute that they were real, instead calling the leak “pathetic.”

Those fees, estimated in one letter to cost the organization nearly $100,000 per day, “are draining NRA cash at mindboggling speed,” wrote North and NRA Vice President Richard Childress on April 18 as they urged the committee to authorize an independent review.

“Invoices of this size for 12 months of work appear to be excessive and pose an existential threat to the financial stability of the NRA,” the letter reads. “This is a fiscal emergency.”

That latter total also includes $13,804.84 for an apartment in Fairfax, Virginia that, according to the letter, LaPierre “required we rent” and “billed to the NRA” for a young woman who, according to LinkedIn, was then an intern at the organization.

In response to questions, however, top NRA officials have continued to express their support of LaPierre.

“This is stale news – being recycled by those with personal agendas,” said Carolyn Meadows, the NRA’s current president, last year. “In any event, the entire board is fully aware of these issues. We have full confidence in Wayne LaPierre and the work he’s doing in support of the NRA and its members. It is troubling and a bit pathetic that some people would resort to leaking information to advance their agendas. This has no bearing on the board’s support of Wayne – and the work the NRA does to protect America’s constitutional freedoms.”

As NRA in-fighting spilled into public view, other investigators sought to open similar probes. A Democratic lawmaker asked the Internal Revenue Service to “investigate recent reports of possible wrongdoing” at the NRA, and the Office of the Attorney General for the District of Columbia issued subpoenas as part of “an investigation into whether these entities violated the District’s Nonprofit Act.”

The investigation that resulted in Thursday’s lawsuit was led by the New York Attorney General’s Charities Bureau, which “supervises the activity of foundations and other charities to ensure that their funds and other property devoted to charitable purposes are properly used,” according to the bureau’s website. Thursday’s lawsuit seeks restitution for NRA members who were allegedly defrauded and additional penalties worth millions of dollars.

The New York charities bureau is the same team that forced the Trump Foundation to dissolve in 2018 for alleged misappropriations of charitable funds to service Trump’s business and political interest.