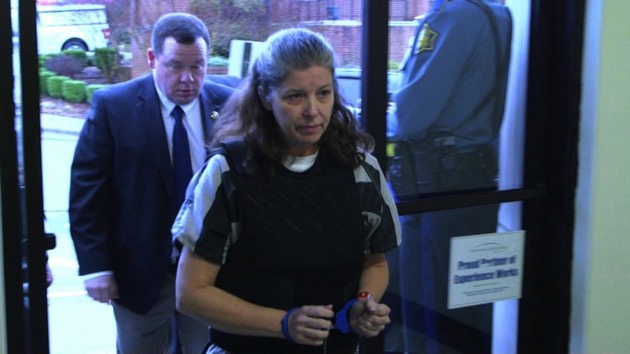 (POCOHANTAS, Ark.) — Rebecca O’Donnell faces the death penalty after being charged with capital murder, abuse of a corpse and tampering with evidence in the death of former Arkansas legislator Linda Collins-Smith.

In a surprise twist to a baffling Southern murder mystery, the main suspect in the June 2019 murder of former Arkansas Sen. Linda Collins-Smith, will spend 54 years in prison after pleading guilty to the murder in court Thursday morning.

The bombshell plea change follows one year after prosecutors in the case announced their intention to seek the death penalty against Rebecca Lynn O’Donnell, 49, who worked as both an aide to the senator, and later an employee of Collins-Smith’s business. The two were considered close friends.

Still, many questions remain — most prominently: why? Details remain sketchy.

After previously pleading not guilty to capital murder, O’Donnell changed her plea to guilty of first-degree murder and abuse of a corpse during a hearing in Pocohantas, Arkansas.

O’Donnell also pleaded “no contest” to two counts of solicitation to commit capital murder in another county. Those charges stem from what prosecutors have described as a murder-for-hire plot while she was in custody. Those pleas will be treated as guilty pleas.

The twists and turns in the case have confounded the small community in Pocohantas, about 145 miles northeast of Little Rock.

Numerous judges and a prosecutor have stepped down or recused themselves from the case in the 13 months since the June, 2019 murder — which left the ex-senator’s body so damaged that she initially couldn’t be identified by authorities, even though she was discovered outside her home.

The initial judge overseeing the case sealed the records of the investigation before recusing himself, leaving many in the small Arkansas community wondering what could have prompted such a heinous homicide. All prosecutors have revealed to date is that the motive for the murder appeared to be financial in nature.

O’Donnell was the last person to see Collins-Smith alive, her fiancé Tim Loggains told ABC News in a recent interview, and the two women were so close that O’Donnell acted as a witness in Collins-Smith’s divorce.

O’Donnell was arrested a week and a half after the murder while driving to Collins-Smith’s memorial service.

“She’s not capable of this,” Loggains told ABC News’ T.J. Holmes in that interview. “Either she is the best actress in the world and completely fooled me or there’s not a chance she did this.”

But pressing questions about the case could soon be answered.

The judge then instructed everyone but the family to leave the courtroom.

Defense attorney Lee Short told reporters, “This is good for the Collins’ family, they’ll be able to move on.”