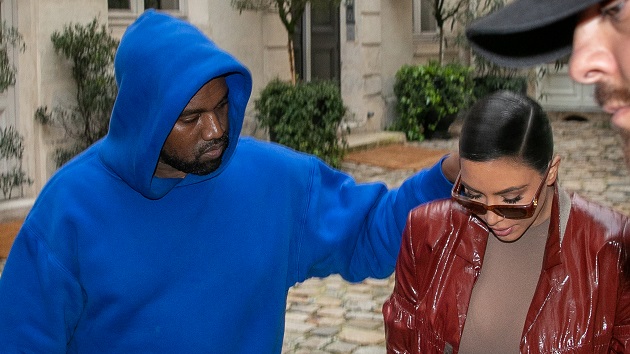 At least six operatives who have been prominently involved in the Republican political world have been linked to Kanye West’s captivating 11th-hour independent 2020 presidential bid.

As the rivalry between President Donald Trump and former Vice President Joe Biden intensifies with less than three months to go until the election, the involvement of the operatives in West’s campaign, some of whom have ties to Trump’s camp, raises questions about the motives of those helping to put his name on the ballot.

Shortly after announcing his presidential aspirations earlier this summer, West disavowed his support for Trump during an interview with Forbes, saying, “I’m taking the red hat off, with this interview.” He also said he would run as a Republican “if Trump wasn’t there. I will run as an independent if Trump is there.”

He also acknowledged that his presidential bid could bleed out Biden’s Black voters saying, “To say that the Black vote is Democratic is a form of racism and white supremacy.”

West is vying to get on the ballot in several states after faltering in his attempts to do so in others and scrambling to find electors — party-tied officials who represent states in the Electoral College — to represent him should he win.

The revelations about the operatives come as questions have been raised about West’s motives for the campaign and his behavior during his opening rally. His wife, Kim Kardashian West, has called for empathy saying her husband has undergone personal and artistic pressure on top of his bipolar disorder, and that “his words sometimes do not align with his intentions.”

It is unclear how the operatives are connected to West’s official efforts, including who hired them. A source with knowledge of West’s campaign told ABC News in a text message that West held a meeting last week to reset his campaign.

“Ye wanted more organization and to figure out why all the embarrassing headlines,” the source said, using the entertainer’s nickname.

The source said West would like to “have a miracle,” “stop” Biden and give Black America a “positive choice” or “learn something for the 2024 run.”

Operative with link to voter fraud

One of the operatives is a GOP-linked operative named Mark Jacoby, whose Florida and California-based firm Let the Voters Decide has been hired by West’s campaign to collect signatures in select states, according to sources close to the West campaign.

Jacoby, who has been described in media reports as a “professional signature collector,” has been active in supporting various pro-GOP causes in Florida, California, Arizona and Massachusetts unrelated to West.

While working as a professional signature collector for the California Republican Party in 2008, Jacoby was arrested on voter fraud charges for allegedly registering himself to vote at a childhood California address where he no longer lived so he would appear to meet the legal requirement that all signature gatherers be eligible to vote in California. He later pleaded guilty to a misdemeanor in connection with the case and was sentenced to three years’ probation and 30 days of service with the California Department of Transportation.

He at that time was also accused of tricking voters into registering as Republicans by saying they were signing a petition for other causes.

In a statement to The New York Times, earlier this month Jacoby said his company was nonpartisan and worked for all political parties. “We do not comment on any current clients, but like all Americans, anyone who is qualified to stand for election has the right to run,” he added in the statement. Jacoby did not return ABC News’ request for comment.

On Wednesday, when Trump was asked by a reporter if he had heard about Republicans working to get West on the ballot, he said, “I like Kanye very much. I have nothing to do with him getting on the ballot.”

And Republican National Committee spokesperson Mike Reed told ABC News in a statement that it was “news to us, just like it is to you.”

He added, “Our sole focus is re-electing the president and the thousands of great Republican candidates running across the country.”

In Colorado, where West’s campaign just filed, only a $1,000 fee and nine signatures are needed to get on the presidential ballot. ABC News called all nine of the people who signed in support of West, four of whom are current or former Republican operatives and two who were registered Democrats.

When called by ABC News, Shelley Kon, one of the nine electors who signed for West in Colorado, said she was told by her friend, Rachel George, a veteran Republican operative who served on several staffs and campaigns including a three-year stint as communications director for then-Colorado Rep. Cory Gardner not to talk to reporters and to refer them to the campaign. Kon said she was “embarrassed” when the calls from journalists began.

“I knew I shouldn’t have,” she told ABC News about signing the paperwork given to her by George. Kon, who is a registered Democrat said she considers herself undecided in this year’s general election. In a statement to ABC News, she said “if someone actually wants to run for president, you know, why not give voters the choice in that democratic process?”

George did not respond to messages and phone calls from ABC News.

More Republican operatives who signed West’s Colorado form were Seth Jacobson, former political director for Darryl Glenn’s U.S. Senate campaign and staffer for Cory Gardner’s 2014 U.S. Senate campaign, Adam Johnson, former Colorado GOP political director, Matthew Zielinski, a 2012 Republican candidate for District 5 of the Colorado House of Representatives, and Joseph Peters, an assistant attorney general in Colorado and former GOP campaign staffer, according to the State attorney general’s office. None of them returned ABC News’ calls. This makes four of the nine signatures in Colorado from people with substantial experience in Republican political strategy. Another is Jacobson’s roommate, according to the filing.

Other GOP operatives linked to West’s campaign include Lane Ruhland, a Madison, Wis.,-based attorney who has worked as legal counsel for the Republican Party of Wisconsin. Ruhland on Tuesday was reportedly seen dropping off signature filings to the state elections commission building to put West’s name on the ballot, according to ABC Affiliate WISN 12 News.

Apart from her work for the Wisconsin Republican Party, Ruhland has also worked for the Republican National Committee as well as most recently, representing the Trump campaign, as she was listed among the attorneys in a lawsuit from April this year against a Wisconsin local television station regarding an anti-Trump ad from pro-Democratic super PAC Priorities USA.

Ruhland did not respond to ABC News’ request for comment.

In Arkansas, Gregg Keller, a veteran GOP operative who previously worked with Mitt Romney and John McCain’s presidential campaigns, was listed as the West campaign’s contact on its signature filing submitted Tuesday. Keller had previously served as the executive director of Ralph Reed’s Faith and Freedom Coalition and executive director of the American Conservative Union, according to their website, the oldest “conservative grassroots organization” in the United States.

The rush to find people to serve as electors for West’s bid has been problematic. Electors are typically selected months in advance of the general election and some states decide on electors during the state’s primary election. In some states they are decided at the party conventions.

Chuck Wilton, who was voted as delegate for the Republican Party in Vermont, was listed as an elector for West in the same state. In 2017, the Trump administration appointed Wilton’s wife, Wendy, to serve as the state executive director for the U.S. Department of Agriculture’s Farm Service Agency in Vermont, a role she still occupies. ABC News has reached out to the Republican Party in Vermont to ask whether the state’s rules allow electors to be listed for multiple candidates, but they did not respond to a request for comment.

Another GOP-linked name that has been associated with West’s presidential bid is Jane Drummond — a member of the Republican National Lawyer Association, a Republican “network of fellow professionals by practice area who share expertise,” according to their website — who was listed as among West’s possible electors in Missouri, according to the filing with the Secretary of State office in Missouri.

Keller, Wilton and Drummond did not return ABC News’ requests for comment.

When asked if West is running a symbolic campaign, a source close to the campaign told ABC News, “Biden and Trump are both caught in scandals and Kanye just catches on with the public.”