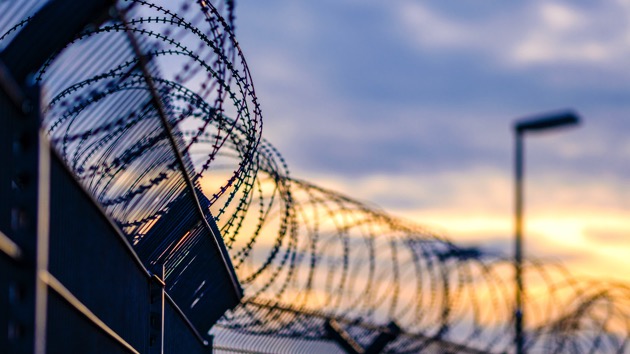 (WASHINGTON) — An inmate shares how an outbreak of the coronavirus spread among prisons in California.

Citing the growing toll from a hidden side of the coronavirus pandemic, top Democratic lawmakers are looking to require state and federal prisons to open their books on the number of cases behind bars.

Democratic Senators Elizabeth Warren, Patty Murray, and Cory Booker led a group introducing legislation Thursday that would require the array of agencies that administer the nation’s jails and prisons to collect and report publicly detailed information about the spread of COVID-19 in their facilities.

The proposal comes as the virus takes a severe toll on both prisoners and corrections officers, who are forced to share confined indoor spaces at a time when the highly contagious illness is gripping large swaths of the country.

“The Administration needs to get serious about stopping the spread of COVID-19 in correctional facilities, and that includes ensuring that there is clear, comprehensive, and publicly-available information on COVID-19 in prisons and jails nationwide,” Senator Warren said in a statement.

Finding comprehensive numbers to document the heavy load of cases sweeping through the nation’s state and federal prisons requires going state by state to gather the information – there is no central database. The Federal Bureau of Prisons updates daily, the number of cases and deaths in federal facilities, but that information does not include demographic breakdowns. On the state level there are no reporting or standardization requirements. Some facilities publicly report some information, while others report none.

Based on available figures, the numbers are significant. Data compiled by The New York Times indicates that two institutions alone — San Quentin State Prison in California and the Marion Correctional Institution in Ohio account for nearly 5,000 cases.

A recent analysis found infection coronavirus infection rates are five times higher in prisons than in the overall United States population. The report also found state and federal inmates are three times more likely to die from the virus.

If approved this new act would require agencies and facilities to report detailed information to the Centers for Disease Control and Prevention including the number of inmates and staff who tested positive for the virus, the type of tests performed, the number of negative tests, confirmed active cases, pending tests and average time to get test results.

The bill also calls for information on the term of imprisonment and time served for inmates infected with COVID-19 and mandates that all data collected include information on sex, age, race and ethnicity.

Joe Rojas is the southeast regional vice president of the union representing federal prison employees. He told ABC News the bill is much needed oversight.

“The Bureau is the largest agency within the DOJ and there’s no oversight. The BOP director doesn’t even get confirmed he just gets appointed,” Rojas explained.

The Bureau of Prisons recently extended its COVID-19 plan until Aug. 31, according to a memo obtained by ABC News.

BOP’s plan, which is an extension of Phase 8 of its COVID-29 Action Plan, states that in-person legal visits should be accommodated when possible, but says that they should be either 6 feet away or have a level of plexiglass in between the inmate and their attorney. BOP says GED testing is set to resume and court trips are the primary responsibility of the US Marshals.

According to the Bureau of Prisons, 108 inmates have died of COVID-19 and over 10,000 inmates have tested positive. More than 1,200 corrections officers have been infected by COVID-19. At FCI Lompoc in California, which has been hit hard by the virus, 78% of inmates tested, came back positive for COVID-19.

At FCI Miami, in Florida, nearly half of the inmates tested positive.

Kareen Troitino, the FCI Miami corrections officer union president, told ABC News that the virus was spread by one employee to inmates at the facility and, within a day, Troitino said that cases at the facility went from one to four.

Idris Elba, Angela Bassett and others to help launch new opportunities for diverse first-time filmmakers
NASA pledges to land 1st woman on moon by 2024
Coronavirus live updates: CDC forecasts up to 226K US deaths by mid-October
How much black licorice is too much and why a sweetening compound can be bad for adults
Illinois Facebook users tagged in photos can now submit claims as part of $650 million settlement
Coronavirus live updates: 2,500 students quarantined at prestigious hospitality school