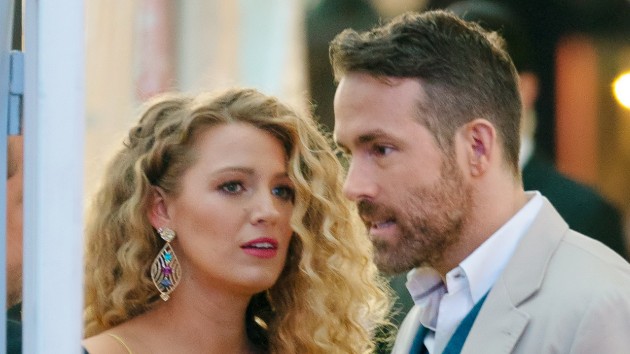 (NEW YORK) — (NOTE LANGUAGE) During a new interview with the business website FastCompany, actor and entrepreneur Ryan Reynolds talked about his undeniable love and talent for marketing — but things took a more serious turn when he apologized again to fans for the location of his 2012 marriage to Blake Lively.

The pair were wed in South Carolina at Boone Hall, a former slave plantation just outside of Charleston. “It’s something we’ll always be deeply and unreservedly sorry for,” Reynolds says. “It’s impossible to reconcile. What we saw at the time was a wedding venue on Pinterest. What we saw after was a place built upon devastating tragedy.”

Reynolds says, “Years ago we got married again at home — but shame works in weird ways. A giant f**king mistake like that can either cause you to shut down or it can reframe things and move you into action. It doesn’t mean you won’t f**k up again. But repatterning and challenging lifelong social conditioning is a job that doesn’t end.”

As far as moving to action, the pair have put their money where their mouths are, with millions in donations to the NAACP Legal Defense Fund, the Young Center for Immigrant Children’s Rights, and other causes. Recently, Reynolds announced he’s launching the Group Effort Initiative, a program through which he’ll use part of his next salary for a new Netflix film to train 20 people of color and other underrepresented groups on the set, as well as fly and house them there, so they can pursue a career in the film industry.

Chrissy Teigen says sobriety is “a different world for me”
Tom Holland admits he broke his laptop when he found out he was the new Spider-Man
Carole Baskin relieved Joe Exotic did not receive presidential pardon: “He belongs in a cage”
900,000 Americans filed for unemployment insurance last week
Cities, states face ‘a lot of uncertainty’ as they exhaust vaccine allotments
Scoreboard roundup — 1/20/21