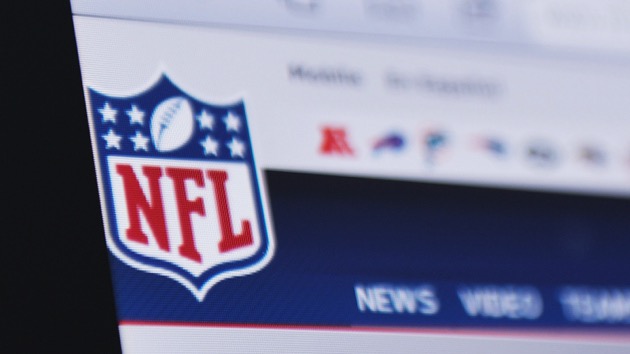 (NEW YORK) — The National Football League has released a public service announcement around the death of Stephon Clark, a 22-year-old unarmed Black man who was fatally shot by Sacramento, California, police in his grandmother’s backyard, as part of the organization’s new social justice campaign to end systemic racism.

The PSA featured Clark’s mother, Se’Quette Clark, who spoke about her son’s life and death.

He was killed March 18, 2018. Clark was shot eight times by two officers who later said they mistook his cellphone for a gun as he moved toward them with his arms extended, ignoring their commands, while in his grandmother’s backyard. Twenty rounds were fired in total, according to police.

Police said they had been chasing Clark after receiving reports of someone breaking car windows in the nearby neighborhood.

Se’Quette Clark said in the PSA that her son’s friends had just dropped him off at his grandmother’s.

“The neighbor starts chasing [Clark] into the backyard, thinking he’s the one who broke into his car. He’s scared, but he made it home. He’s thinking, ‘safe,'” his mother said. “But he wasn’t.”

The PSA, which was posted to YouTube Tuesday, is the latest one in the NFL’s Responsibility Program, a joint initiative between Roc Nation and the NFL to raise awareness about the need to create positive change and end systemic racism.

In recent months, the Responsibility Program has partnered with different leaders and organizations to share the stories of families that have lost a loved one to gun violence, either at the hands of police or others. The Players Coalition released the first PSA of the program last November around Danroy “DJ” Henry, the former Pace University football player who was fatally shot by a police officer on Oct. 17, 2010 in Mount Pleasant, N.Y.

Meek Mill unveiled the second PSA of the program in December around Antwon Rose II, an unarmed 17-year-old and honor roll student who was fatally shot by an East Pittsburgh police officer on June 19, 2018.

The PSA on Clark falls under the NFL’s Inspire Change initiative, a platform focused on the collaboration of the NFL and players to reduce barriers to opportunity and combat social injustice.

Anna Isaacson, the senior vice president of social responsibility at the NFL, said in a statement the NFL wanted “to continue to raise awareness for victims of systemic racism to ensure their stories are not forgotten.”

Clark’s mother thanked the NFL and Roc Nation for highlighting her son’s death.

“As a mother, I can’t help the immense feeling of pride; knowing my son’s life will affect so many people for generations to come. Since my son was murdered, my family has been extremely dedicated to social justice reform through our footwork in this new Civil Rights Movement,” she said in a statement, noting the passing of the Stephon Clark Law in California, aimed at holding police accountable for killing those who did not pose a deadly threat and charging them in criminal court.

The two officers who fired the shots, identified as Terrence Mercadel and Jared Robinet, did not face charges.