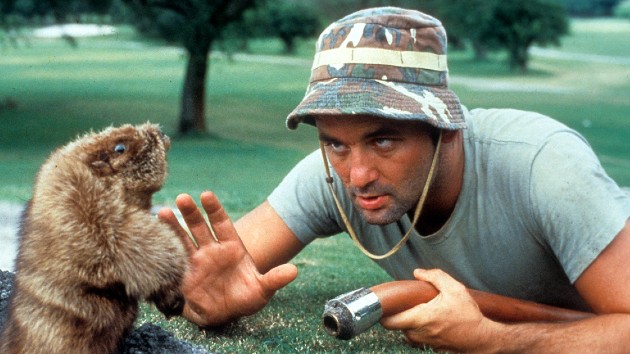 (LOS ANGELES) — This week marks the 40th anniversary of the release of Caddyshack.  The classic comedy started Kenny Loggins’ reputation as the “soundtrack king” of the ’80s, thanks to his hit “I’m Alright” and three other songs he wrote for the film. Loggins tells ABC Audio he got involved with Caddyshack through his friend, movie producer John Peters.

“When I saw the rough cut…we laughed through the whole thing,” Loggins recalls. “And I said, ‘This is a great movie. I want to write every song!"”

“It was the first movie that I wrote [multiple] songs for, and was really a fun project,” he notes. “And it’s amazing that it’s still so heavily rented…It is the golfer’s national anthem.”

As for “I’m Alright,” Loggins says when he first saw the movie, the director had thrown in a random song to suggest the kind of track he was looking for Loggins to write.

“The lead character, Danny, [in] the opening scene…he’s riding his bicycle through a condo development…probably golf course, and the temp[orary] music was a Bob Dylan song, ‘[Gotta] Serve Somebody,"” Loggins recalls.

“And I thought. ‘So they’re trying to portray him as a rebel, even though he’s riding a bicycle through a golf course condominium area.’ And I thought, ‘I want to do something that has that vibe that says basically, “I’m fine, leave me alone.”‘ And that’s where ‘I’m Alright’ came from.”

Unfortunately, another character in the movie sort of co-opted “I’m Alright.”

“John said, ‘Oh, we got this gopher hand puppet that we’re going to use,"” Loggins laughs. “And I thought, ‘That’s a really stupid idea!"”

“It turned out to be a really great idea and people loved it! So the song, I think, is associated more with the gopher than with the character.”