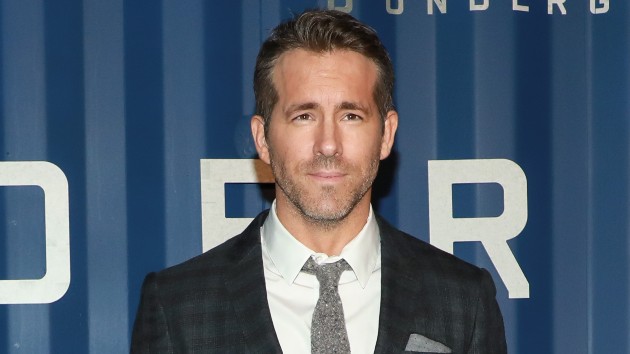 (LOS ANGELES) — Ryan Reynolds is doing what he can to help reunite a distraught woman with her lost teddy bear, which carries a special recording of her late mother’s voice.

Reynolds, 43, alerted fans that the priceless stuffed animal went missing and offered up a hefty award for its safe return — no questions asked.

“Vancouver: $5,000 to anyone who returns this bear to Mara.  Zero questions asked,” the Deadpool star tweeted Saturday and linked the call to action. “I think we all need this bear to come home.”

The bear in question belongs to Mara Soriano, 28, who says the bag containing her Build-a-Bear, a Nintendo Switch, important documents and an iPad was stolen in the city’s west end.

Soriano told CBC that the bear holds a very special message from her late mother, which is a recording of her saying “I love you. I’m proud of you. I’ll always be with you.”

The 28-year-old says the recording was taken just before her mother, Marilyn Soriano, was placed in hospice care.

Mara says that bear holds the last recording her mother ever made while her voice was still recognizable.

“At hospice her voice was different. Much softer. Not the mom I grew up with,” She explained. “That bear is the last memory I have of her speaking in her normal voice.”

“It just makes me feel devastated,” Mara told the publication, saying whoever took her bag can keep the items.  She only wants the stuffed animal back. “I’m absolutely crushed.”

Hopefully, with Ryan Reynolds’ intervention, she will be reunited with her bear — and her mother’s voice.