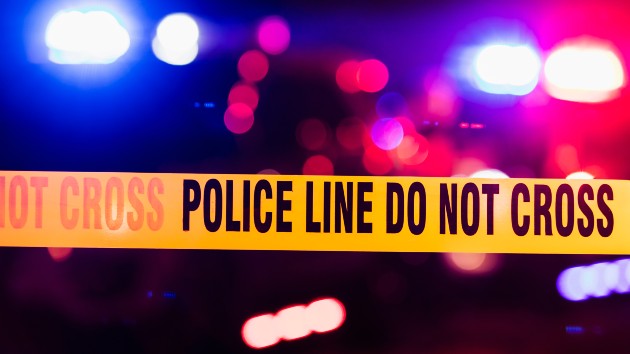 (NEW YORK) — As a federal judge, Esther Salas has presided over thousands of cases. Several of them have been high-profile, including the convictions of The Real Housewives of New Jersey stars Teresa and Joe Giudice and the sentencing of members of the Grape Street Crips. But the once admired judge may now be most known for in her career over a lawsuit involving the military draft.

In 2015, a female teenager sued the Selective Service System because she could not register for the male-only draft. In her most recent opinion on the case, filed in spring 2019, Salas sided with part of the plaintiff’s argument, allowing the lawsuit to move forward.

Hollander allegedly posed as a FedEx employee when he approached Salas’ home and shot her husband, Mark Anderl, and her son, Daniel Anderl, 20, before escaping in a car, according to sources. Daniel Anderl died from his injuries, and Mark Anderl was critically injured and rushed to the hospital. Salas was unharmed. On Monday, Hollander was found dead by police in an apparent suicide, according to investigators.

That civil rights suit appears to be the only time Hollander argued before Salas in court. More insights into the case, and Hollander’s feelings toward Salas, may be gleaned from an autobiography published on his personal website.

In it, the now late attorney accused Salas of delaying the years-long case because she was “apparently scared of making a decision one way or the other.”

“If she ruled draft registration unconstitutional, the Feminists who believed females deserved preferential treatment would criticize her. If she ruled that it did not violate the Constitution, then those Feminists who advocate for equal treatment would criticize her. Either way it was lose-lose for Salas unless someone took the risk of leading the way,” Hollander wrote.

He also disparaged the ethnicity of Salas, who became the first Latina woman to serve on the federal bench in New Jersey after former President Barack Obama nominated her for the position.

“Female judges didn’t bother me as long as they were middle age or older black ladies,” he wrote. “Latinas, however, were usually a problem — driven by an inferiority complex.”

In another passage, he wrote that Salas was a “lazy and incompetent Latina judge appointed by Obama.” In discussing the court proceedings, he praised “older white-male judges.”

Hollander further criticized Salas’ accomplished resume, writing that “affirmative action got her into and through college and law school,” and dismissed her private practice and public defender work. Her one accomplishment, he wrote, was “high school cheerleader.”

Hollander was replaced last June as the female plaintiff’s lawyer in the lawsuit. The court docket did not indicate a reason for his replacement, though a managing partner for Boies Schiller Flexner told CNN that Hollander asked the law firm to take over the case because he was terminally ill. In Hollander’s autobiography, he wrote that he was diagnosed with melanoma in 2018.

Hollander is also the leading suspect in the murder of an attorney in California earlier this month, multiple law enforcement sources told ABC News. According to sources, officials are investigating whether the attacks were grudge killings committed by Hollander after he knew he was dying.