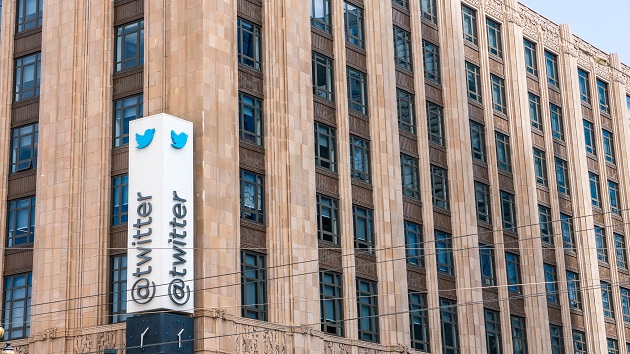 (WASHINGTON) — Republican lawmakers on the Judiciary Committee want Twitter’s CEO Jack Dorsey to join several other tech executives who are testifying at a subcommittee hearing next week.

At the request of House Democrats, the CEOs of Amazon (Jeff Bezos), Apple (Tim Cook), Facebook (Mark Zuckerberg) and Alphabet/Google (Sundar Pichai) are already set to testify at the hearing on July 27 about competition in the digital market place.

Rep. Jim Jordan, R-Ohio, the ranking Republican on the committee, sent a letter on Wednesday to Chairman Jerrold Nadler, D-N.Y., saying the hearing, however, would be incomplete without Dorsey.

“We believe that the hearing would be incomplete without an examination of the practices and conduct of Twitter,” Jordan wrote.

Jordan noted that Republicans wrote to Dorsey on July 8 to request information about its content moderation policies, but Dorsey has not yet responded.

Moreover, Jordan argued there is “bipartisan interest” to hear from Twitter about, among other things, “the causes for its recent highly publicized security breaches” — likely alluding to the massive Twitter hack earlier this month that impacted high-profile figures including Joe Biden, Barack Obama, Elon Musk and Kanye West as part of an apparent Bitcoin scheme.

“As the Committee considers large technology companies and the competitive landscape, a thorough examination cannot exclude Twitter, a market leader in social media,” Jordan wrote. “The upcoming hearing represents a significant and unique opportunity to explore these issues with respect to Twitter as part of the Committee’s investigation.”

In a separate statement earlier this month announcing the hearing and the slew of big tech witnesses, Nadler and Antitrust Subcommittee Chairman David Cicilline, D-R.I., said that they have been investigating “the dominance of a small number of digital platforms and the adequacy of existing antitrust laws and enforcement.”

“Given the central role these corporations play in the lives of the American people, it is critical that their CEOs are forthcoming,” their joint statement added. “As we have said from the start, their testimony is essential for us to complete this investigation.”

Dorsey has not publicly responded to the invitation.

The Twitter co-founder did testify in front of both Senate and House committees in September 2018.

All of Biden’s executive orders, and other notable actions, so far
Voting rights legislation across country looks to both restrict, expand access
As Biden enters White House, some allies, former staffers thrive as lobbyists
Health care worker and mother of 2 loses home in fire, now her colleagues are stepping in
County apologizes for seniors having to wait outside in cold for COVID-19 vaccine
COVID-19 ‘long-haulers’ trying to decode lasting symptoms a year after falling ill