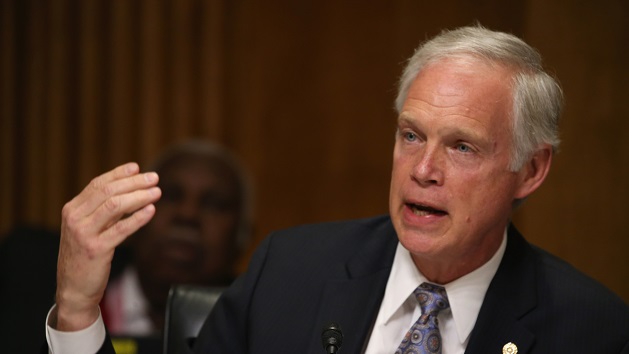 Sens. John Cornyn and Ed Markey — from opposite ends of the political spectrum — attempted to pass legislation by unanimous consent on Wednesday making Juneteenth a federal holiday, saying it was past time to put the celebration of the formal end of slavery alongside other federal holidays celebrated by all Americans.

But one Republican — Ron Johnson of Wisconsin — objected, saying that while he favored celebrating the end of slavery, he would not support adding another paid day off for federal workers.

“I object to the fact that by naming it a national holiday, what they’re leaving out of their argument, the main impact of that is it gives federal workers a paid day off that the rest of Americans have to pay for,” Johnson said, when blocking the legislation.

Markey said making Juneteenth a federal holiday would be a “further reconciliation” in the country that is “long overdue.”

“Our country is in the midst of a long overdue reckoning on race and justice. The murder of George Floyd by members of the Minneapolis Police Department has galvanized the nation as protesters have taken to our streets demanding justice,” Markey said in a floor speech introducing the bill. “But this reckoning goes well beyond seeking accountability for police officers who betray the trust we bestow upon them. The mistreatment of Black and brown Americans permeates our society. It infects our courts, our schools, our places of work. It reflects the unfulfilled promise of a nation built upon the notion that all are created equal. And it has its roots in our nation’s original sin — slavery — a crime against humanity that we have for far too long failed to acknowledge or address or come to grips with.”

Cornyn, noting that the Emancipation Proclamation was signed in Galveston, Texas, by President Abraham Lincoln, said his home state had been celebrating Juneteenth for 40 years, and it was past time for the nation to celebrate as one.

“There is moment available to us here where we can demonstrate our nonpartisan support for this act of racial reconciliation in our country. I agree that slavery was the original sin. Our founding documents said all men and women are created equal but that certainly wasn’t the practice when it came to African Americans at the time which were officially designated as something less than fully human an outrageous — outrageous — act at the time,” Cornyn said. “And our country has paid a dear price for that over the years from a Civil War to the violence that led up to the peaceful civil rights movement in the 1960’s, and it’s obvious from the recent events … that we’re not where we need to be. We still have room to grow as part of that — developing that more perfect union.”

Johnson said that neither Markey nor Cornyn had received a price tag from the nonpartisan Congressional Budget Office which tallies the cost of legislation for lawmakers. The former businessman from Wisconsin said the private sector pays “about $600 million per year” for paid holidays for federal workers, and he offered an amendment to take one current holiday from federal workers in exchange for Juneteenth.

“We shouldn’t be penalizing our workers by taking away benefits, especially not in the current environment, and especially not as the price to pay for recognizing a long overdue federal holiday,” said Markey.