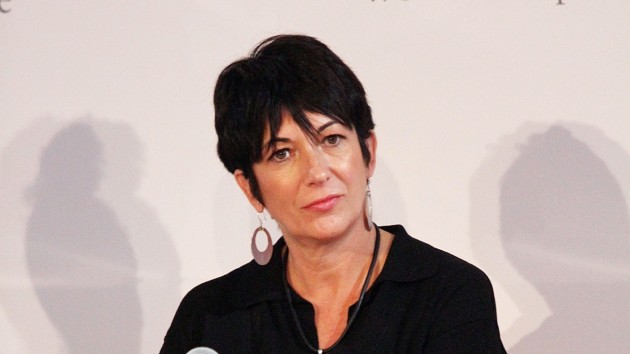 (NEW YORK) — Lawyers for Ghislaine Maxwell, the former British socialite accused of participating in a sex-trafficking conspiracy with the late Jeffrey Epstein, are asking a federal judge to enter a gag order to prevent prosecutors, FBI agents and attorneys for her accusers from speaking about the case out of court.

In a letter to U.S. District Judge Alison Nathan filed late Tuesday, Maxwell’s attorney, Jeffrey Pagliuca, contends that “the Government, its agents, witnesses and their lawyers have made, and continue to make, statements prejudicial to a fair trial” and asks the judge to impose an order, punishable by contempt, that would require compliance with local court rules “to prevent further unwarranted and prejudicial pretrial publicity.”

Maxwell is facing a six-count federal indictment alleging that she conspired with Epstein in a multi-state sex trafficking scheme involving three unnamed minor victims between 1994 and 1997. Prosecutors contend Maxwell not only “befriended” and later “enticed and groomed multiple minor girls to engage in sex acts with Epstein, through a variety of means and methods,” but was also, at times, “present for and involved” in the abuse herself. She also faces two perjury charges for allegedly giving false testimony during sworn depositions in a civil case in 2016.

She was arrested in a surprise early morning raid at a secluded 156-acre property in Bradford, New Hampshire on July 2. The home, dubbed “Tucked Away,” was purchased in late 2019 by an anonymous company in an all cash transaction, according to court filings and public records. Maxwell and an unidentified man had toured the property together with a real estate agent, using the aliases Janet and Scott Marshall, according to the government.

Pagliuca’s letter cites comments made after the arrest during a news conference by the Acting U.S. Attorney in Manhattan, Audrey Strauss, and by Special Agent William Sweeney, the assistant director in charge of the FBI in New York.

The letter takes issue with Strauss saying Maxwell lied during previous depositions “because the truth, as alleged, was almost unspeakable.”

It swipes at Sweeney’s characterization of Maxwell as “one of the villains in this investigation” and his description of her time in hiding as akin to a snake that “slithered away to a gorgeous property in New Hampshire.”

“Mr. Sweeney offers the Government’s, again flatly wrong, opinions about character and guilt, while at the same time, invoking a semi-biblical reference involving a snake slithering away to a garden in New Hampshire. These types of comments, which serve no compelling law enforcement or investigatory purpose, are prohibited by the local rules of this district,” Pagliuca wrote.

“It appears that given any opportunity lawyers associated with the prosecution of this case will offer any opinion that damages Ms. Maxwell’s opportunity for a fair trial.” the letter says.

Maxwell, 58, is the Oxford-educated daughter of Robert Maxwell, the larger than life publishing baron whose rags-to-riches story captivated England. She lived an extravagant life among the British elite until her father’s business empire collapsed in the wake of his death. She fled to New York looking for a fresh start and was soon seen in the company of the mysterious multimillionaire Epstein.

Maxwell pleaded not guilty to the charges earlier this month and is being held without bail at a federal detention center in Brooklyn, New York.

At a hearing last week, one of the alleged victims, Annie Farmer, called Maxwell a “sexual predator” who allegedly abused her, at age 16, and other children and young women.

“She has never shown any remorse for her heinous crimes, for the devastating, lasting effects her actions caused,” Farmer told the court.