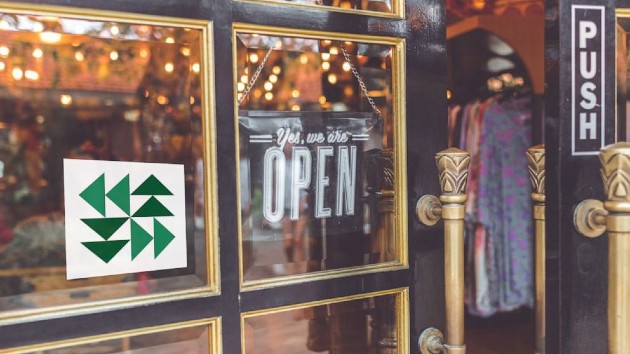 (NEW YORK) — As a Black woman in America, her reality is filled with stories that white friends and colleagues have trouble believing, said Crystal Egli.

She said she’s lost track of the number of times her meal has come last — or is forgotten entirely — at restaurants where she’s the only person of color in the group. She sometimes gets stared at and followed at stores, she told ABC News. Egli also said that as a teen, she once walked into a restaurant with a white friend and was the only one refused service by an employee wielding a knife.

“They don’t believe me or they think that this just happened once,” Egli said. “But for me, talking to people in the Black community or communities of color, you will find that this happens to us all the time.”

Now, Elgi and Parker McMullen Bushman, two Colorado women with a passion for the outdoors and conservation, are working to create a new website they hope will turn stories like these into hard data that will not only serve as a resource for others, but might just change society for the better.

The women are the co-founders of Inclusive Journeys, a fledgling Colorado startup designing what they say will be a digital version of The Negro Motorist Green Book, first published in 1937.

“We want to build a website that’s like Yelp for inclusivity,” said McMullen Bushman, referring to the popular app where users post ratings and reviews of restaurants and other businesses.

The original Green Book featured a state-by-state listing of hotels, homes and restaurants where Black travelers would be welcomed and safe, “without encountering embarrassment” according to the 1957 edition. The guide was published by a retired New York mailman named Victor Green.

“The Green Book was created so that Black motorists traveling in America, oftentimes with their family, could have a guide to make sure that they knew locations that were safe for them to stop at, and oftentimes not even just safe, but welcoming and wonderful, and you’d be embraced with open arms,” Egli said.

In the 2018 Oscar-winning film Green Book, Black musician Don Shirley, portrayed by Mahershala Ali and his white driver Tony Lip, portrayed by Viggo Mortensen, use the guide as they travel through the segregated 1960s South and Midwest on a concert tour.

Egli said the information in the Green Book was especially useful in places where the rules of segregation were still fuzzy.

“In southern states, it was very clearly posted: ‘whites only’ [and] ‘coloreds only’,” said Egli. “It was actually the most helpful in the north where there were still these unspoken, non-visible rules that could have deadly consequences if broken.”

The original Green Book stopped publishing a few years after the Civil Rights Act was passed in 1964. But Egli and McMullen Bushman say the need for a modern-day, digital “Green Book” is as vital in 2020 as it was in the era of legalized segregation.

“It’s really bringing to the forefront the experiences that people of marginalized identities are still having today,” said McMullen Bushman. “We are still seeing that spaces aren’t safe. And it could end like the case of George Floyd, who went to a space that he often visited, and then it ended in his death because someone called the police on him.”

She also cited the recent case of a Hampton Inn worker in North Carolina who called police on a guest at the pool, — a Black woman with her two kids. The company later apologized and the worker was fired.

The digital version of the “Green Book,” the women said, will rely on user-generated reviews and feedback to essentially rank businesses that are inclusive and welcoming to people of color and LGBTQ communities, and those that are not.

“It’s just really hard to talk about race out loud for a lot of people. That is really, really difficult and it often gets incredibly emotional. And there’s a lot of businesses, business owners and business staff that don’t even realize the impact that they’re having,” said Elgi.

As an example, Egli said a business may not know they’re losing customers who — like her — will simply leave a restaurant if there’s a Confederate flag on display.

“It’s not like cancel culture,” Egli said. “It’s how they respond, how they engage with communities that have these issues. And then people can make personal decisions on where they want to spend their money.”

Ultimately, they want a business that’s the subject of multiple negative reviews to be better.

“If we show that a business has a track record, and that there are issues, then we can provide them with data and resources,” McMullen Bushman said. “We want to meet you there and provide you with resources that will help.”

The digital Green Book logo is based on a quilt pattern like the ones once used to guide escaped slaves to safe places along the Underground Railroad. Inclusive Journeys, which is still in its nascent stage and seeking funds via GoFundMe, plans to make that logo into a sticker that an approved business with positive reviews can display for customers.

“You could just be walking in downtown Denver and see the sticker on a door and know that that is a safe place for you,” Egli said.

McMullen Bushman and Egli hope to have the platform up and running by next year. Egli said they intend to make the digital Green Book free for users, and plan to support it through ads, by offering services and training that will help businesses in areas where they want to improve.

“We’re not looking for perfection,” Egli said. “We just want to make sure people are continuing on their journeys to be better, and do better once they know better.”