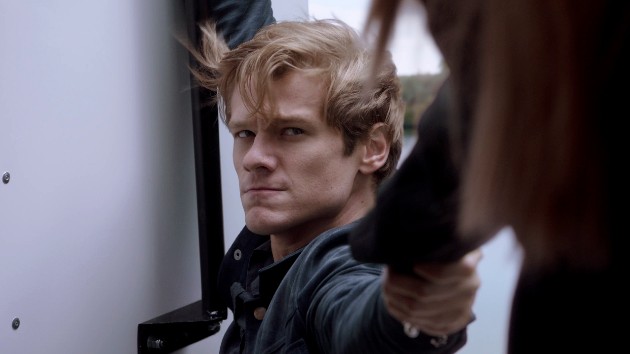 (LOS ANGELES) — (NOTE LANGUAGE) The firing of CBS TV executive Peter Lenkov has become the subject of a Vanity Fair article that interviewed 30 former employees who described the bullying and other tactics allegedly employed by the recently-terminated showrunner.

One of these is Lucas Till, the star of MacGyver; Lenkov produced that show as well as CBS’ Hawaii Five-O, and Magnum P.I. reboots. Till claims Lenkov nearly drove him to suicide, the article explains.

“The way Peter treats people is just unacceptable,” the 29-year-old actor said. “I was suicidal that first year on the show, because of the way he made me feel. But the way he’s treated the people around me — that’s just my breaking point.”

While Lenkov’s attorney vehemently denied Till’s allegations, the actor claims he was repeatedly body shamed by the former producer, and says when he complained back in 2017, CBS HR didn’t take him seriously. “I think they just took it as some crazy actor trying to get more money,” Till said.

However, the magazine says Till’s complaints were a big part of Lenkov’s eventual termination. The actor said, “There was always something about my appearance that wouldn’t please him…Just like the time he screamed at [a director] ‘Oh, my f***ing God! Tuck his shirt in, he looks like a little f***ing boy."”

Till, who also starred in X-Men: First Class, said, “I’ve struggled with maintaining ‘man weight’ on the show because of the stress, no time to work out, and an unpredictable schedule for proper nourishment.”