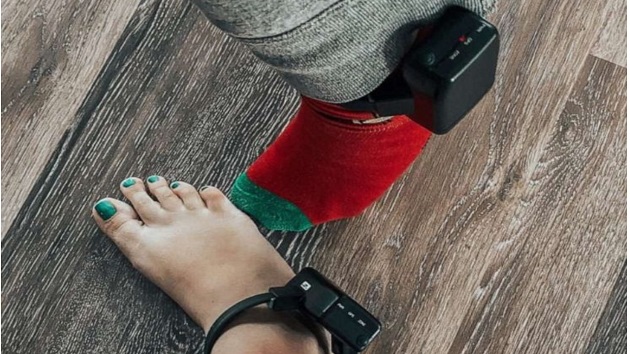 Courtesy the Linscotts
Posted on July 20, 2020 by ABC News

A Kentucky couple says they’ve been placed under house arrest for refusing to sign self-quarantine documents.

It all started when Elizabeth Linscott planned to visit her parents and decided to get tested for COVID-19 before traveling. After testing positive on July 11, Elizabeth was contacted by Kentucky’s Hardin County Health Department.

They requested she sign documents that required daily check-ins and would limit her from traveling anywhere — including health facilities — unless she called the health department first.

After receiving the documents in an email, Elizabeth refused to sign them.

“I just didn’t agree with the wording, because I know for a fact that if I signed it and I had an emergency it would have been held against me by not calling,” she said. “I have no problem self-quarantining, I said, but if I have to leave my house to get a necessity for an emergency, I’m going to do that without your prior consent.”

Elizabeth received a call from the Hardin County Health Department asking why she decided not to sign the documents. Following a discussion with a staffer, Elizabeth hung up the phone in frustration. She then received a text informing her that because she had refused to sign, law enforcement would get involved.

The couple didn’t hear anything for several days, but on Thursday, July 16, around 5 p.m., law enforcement knocked on the Linscotts’ door.

“My husband answers the door and he’s like, ‘What is this about?"” Elizabeth recalled.

“They said, ‘We have three court orders for you, your wife and your daughter that states you guys refused quarantine. So now you have to wear these ankle monitors,"” Isaiah Linscott, Elizabeth’s husband said. “We were like, ‘What’s going to happen if we refuse? It’s just going to get escalated higher and higher."”

The two were told that if they traveled more than 200 feet from the home, the county would be alerted, and if they refused to cooperate, the sheriff’s department would get involved.

“Therefore, the Hardin County Sheriff’s will not be making any further comment and cannot release documents or additional information unless directed by a court,” they said in a statement.

The Linscotts are not the only ones who’ve had a run-in with the law over quarantine-related issues. On March 30, Kentucky Circuit judges ordered at least four COVID-19 patients to wear ankle monitors for allegedly breaking self-isolation orders. And on April 6, Kanawha County Circuit Court approved the sheriff’s department to issue ankle monitors for those who refuse to quarantine. Colorado and Hawaii have both also considered using ankle monitors to monitor those ordered to quarantine.

As of Monday, Kentucky has confirmed more than 23,700 coronavirus cases and nearly 700 deaths. Gov. Andy Beshear said 30 of these cases are of children 5 years old or younger.