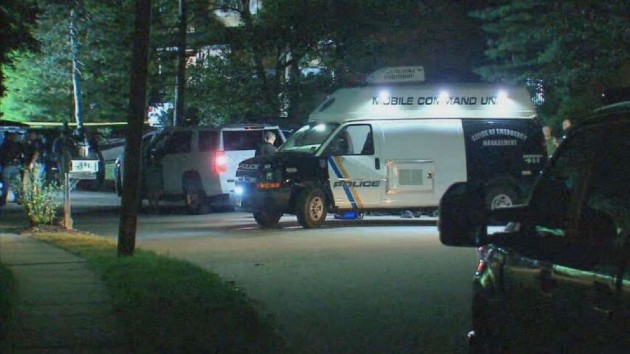 (NEW YORK) — The son of a federal judge in Newark, New Jersey, has been shot and killed, and her husband shot and injured in an attack at the family’s home, according to law enforcement sources.

The judge, Esther Salas, was not hurt.

The judge’s son opened the door to the family’s North Brunswick home at about 5 p.m. Sunday and was immediately shot, sources said.

“He was shot through the heart,” Womack said.

The son was a freshman at Catholic University.

The judge’s husband was then shot multiple times, according to sources.

Investigators have preliminary information that the shootings were carried out by someone dressed as a FedEx driver, according to multiple law enforcement sources.

“We are aware of the media reports and are fully cooperating with investigating authorities,” said FedEx Spokesman Jim Masilak in a statement.

The mayor said investigators are now “trying to get a hard make on the vehicle” to try and track the suspect.

“As a judge, she had threats from time to time, but everyone is saying that recently there had not been any,” said Womack, who is personal friends with the judge and her husband.

In a statement, the FBI Newark office said, “The FBI is investigating a shooting that occurred at the home of Judge Esther Salas in North Brunswick Township, New Jersey earlier this evening, July 19. We are looking for one subject and ask that anyone who thinks they may have relevant information please call FBI Newark at 973-792-3001. We are working closely with our state and local partners and will provide additional updates when available.”

The New Jersey State Police, the North Brunswick Police and the Middlesex County Prosecutor’s office are also involved in the investigation. The U.S. Marshals have been called to provide the judge with a security detail, according to a law enforcement official.

Judge Salas had received threats in the past, the sources said.

Authorities are investigating whether there is any connection between those prior threats and the shooting, or whether it possibly involved the husband’s work as a criminal defense attorney.

“I know Judge Salas and her husband well, and was proud to recommend her to President Obama for nomination to New Jersey’s federal bench,” New Jersey Sen. Bob Menendez said in a statement. “My prayers are with Judge Salas and her family, and that those responsible for this horrendous act are swiftly apprehended and brought to justice.”

Salas is the first Latina to serve on the federal bench in New Jersey.