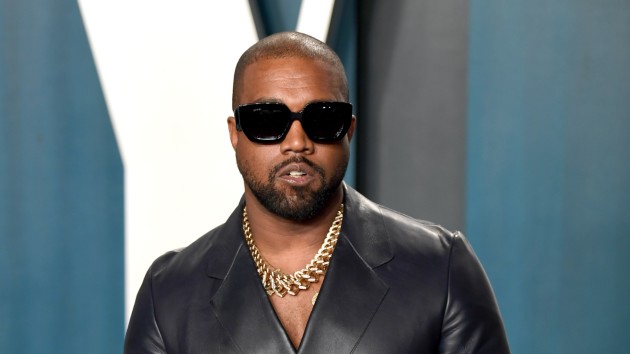 The rapper appeared shortly after 5 p.m. at the Exquis Event Center rally with the numbers “2020” in his hair.

West invited a couple of young women from the audience to speak on stage about issues that concerned them, such as education inequity and police brutality. He then launched into a speech that touched on a wide range of topics, from his battle with opioids to his business dealings with Adidas, before elaborating on his pro-life stance.

He broke into tears talking about what he said was his father’s desire to abort him, and his wife having their first child “even when I didn’t want to.”

“I almost killed my daughter. I love my daughter. … God wants us to create,” said West, who has four children with Kim Kardashian West.

“No more Plan B — Plan A,” he said, to a mixed response from the audience.

West clarified that he thinks abortion should be legal, but that there should be more support for those who need it.

“The maximum increase would be everybody that has a baby gets a million dollars or something in that range,” said West.

West also said that marijuana “should be free” and took questions from the audience before the hour-long event ended.

South Carolina requires 10,000 signatures to get on the presidential ballot as an independent candidate. Due to a state of emergency resulting from the coronavirus pandemic, the state’s deadline for submitting signatures was moved back from last Wednesday to Monday, July 20, clearing the way for West’s Sunday event.

On Saturday, West had tweeted for supporters to “please sign up to put me on the ballot in South Carolina.” The state does not allow write-in candidates on the ballot.

All attendees at West’s North Charleston event were asked to sign a COVID-19 liability release form, and to social distance and wear a mask.

A week after an adviser to his campaign reportedly told a media outlet that West was going to drop out of the race, a source with knowledge of West’s presidential bid told ABC News that the campaign is now working in multiple states to gather signatures, and that the two-week-old campaign is “maturing and growing.”

According to the source, the team will be announcing several more campaign events, including one in New York.

Last week, West paid the $35,000 registration fee to get on the ballot in Oklahoma. He will need several more states to be able to reach the 270 electoral votes necessary to win the presidency. There are currently only 306 electoral votes up for grabs in states where the filing deadlines have yet to pass.

Bre Maxwell, a Democratic operative in South Carolina, told ABC News that West’s bid for president may ignite people like West, 43, who registered to vote for the first time earlier this month, to vote this election.

“He may not even take away from Joe Biden, but I think what Kanye will probably be able to do is ignite a voting bloc that probably wasn’t going to vote for Joe Biden — the young black millennial who doesn’t care about politics or who’s not involved in politics but they are involved with music,” Maxwell said.

But Maxwell said West’s bid for president concerns her because she feels that the focus should be on rallying behind Biden, the presumptive Democratic nominee, and on supporting Democratic candidates lower down on the ballot.

“We need all the votes out of people we can get to support Joe Biden,” Maxwell said. “We’ve got to get rid of Donald Trump and his administration. We’ve got to flip the Senate. We’ve got to keep the House, because that’s the only way we’re going to be able to make sure America is great.”