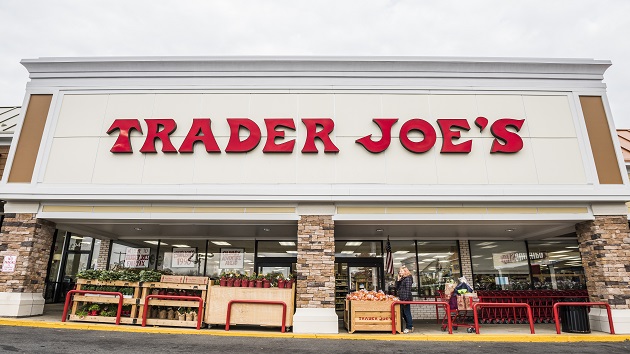 (New York) — Grocery store chain Trader Joe’s says it is changing its ethnic food packaging after more than 1,400 people signed a petition describing brands such as “Trader Ming’s” and “Trader Jose’s” as racist.

The popular food store is the latest U.S. company to announce changes in product labeling that critics say are akin to racial stereotyping.

Trader Joe’s responded to the petition on Change.org, which called on the company to “remove racist branding and packaging from its stores.”

The company acknowledged that the product naming may have had the “opposite effect” of its intent.

“While this approach to product naming may have been rooted in a lighthearted attempt at inclusiveness, we recognize that it may now have the opposite effect — one that is contrary to the welcoming, rewarding customer experience we strive to create every day,” Kenya Friend-Daniel, a spokesperson for Trader Joe’s, said in a statement.

Friend-Daniel said that company had been updating its product labeling long before the Change.org petition was started last week by California high school student Briones Bedell.

“We have been in the process of updating older labels and replacing any variations with the name Trader Joe’s, and we will continue to do so until we complete this important work,” Friend-Daniel said. “At this time, I don’t have an exact date but we expect to have the work completed very soon. Packaging for a number of the products has already been changed, but there’s a small number of products in which the packaging is still going through the process.”

In the petition, Bedell wrote that some of the company’s ethnic food labels “belies a narrative of exoticism that perpetuates harmful stereotypes.”

After Trader Joe’s statement that the labeling would be changed, Bedell wrote that the company should “commit to a date in which the packaging changes will be completed. If a date cannot be established, we ask that Trader Joe’s immediately remove all products that the company recognizes have not been inclusive and have not cultivated a welcoming, rewarding customer experience.”

The move by Trader Joe’s comes about a month after Quaker Oats announced it will retire the Aunt Jemima syrup brand, saying the company recognizes the origins of a smiling Black woman on its label is “based on a racial stereotype.”

Most of the decisions have occurred amidst the backdrop of a national dialogue over race issues prompted by widespread protests of the May 25 police-involved killing of George Floyd, a Black Minneapolis man.

Mars, Inc. also said last month that its Uncle Ben’s rice brand, which features a Black caricature modeled after a 1940s Chicago restaurant waiter, will “evolve” in response to criticism that the product fosters racial stereotyping.

Land O’Lakes, a dairy co-operative, earlier this year announced it was removing from its packaging the image of a Native American woman kneeling on a mound of grass and holding up a package of butter.