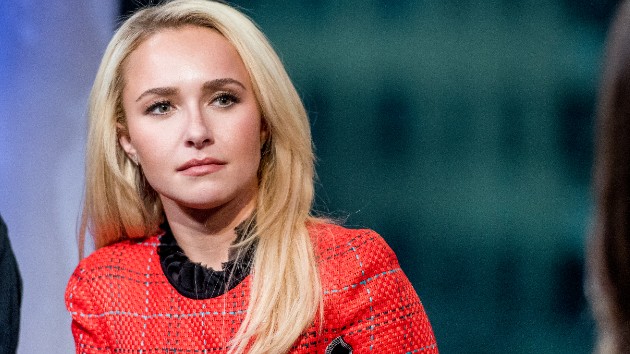 (LOS ANGELES) — Actress Hayden Panettiere is speaking out about surviving domestic violence with the hope of helping others in similar situations.

According to the Los Angeles Sheriff’s Department Panettiere’s ex-boyfriend, actor Brian Hickerson, was arrested Thursday night for a felony and is being held in custody on $320,000 bail.

A source close to legal process told Good Morning America that Hickerson was charged Friday in an eight-count felony complaint alleging domestic violence/assault. The source added that in the past, Panettiere reported to police multiple instances of “extreme domestic violence” by Hickerson during their year-and-a-half relationship.

“I am coming forward with the truth about what happened to me with the hope that my story will empower others in abusive relationships to get the help they need and deserve. I am prepared to do my part to make sure this man never hurts anyone again,” Panettiere told Good Morning America in a statement. “I’m grateful for my support system, which helped me find the courage to regain my voice and my life.”

The actress’ attorney, Alan Jackson, added that Panettiere was “for years … the victim of psychological, emotional and severe physical abuse.”

“Hayden has found the strength and courage to share the truth about her abuse and her abuser,” he said in a statement. “As a survivor, she recognizes that her arduous journey of healing has just begun.”

A source close to the actress told GMA that Panettiere has been in treatment for alcohol abuse issues and this is a part of that recovery process.

This isn’t Hickerson’s first run-in with the law regarding his former girlfriend. In May 2019, he was arrested on a domestic violence charge and released on bail.

Panettiere and Hickerson started dating in the late summer of 2018, after she and then-fiancé Wladimir Klitschko had split. Panettiere and Klitschko share a five-year-old daughter, Kaya.