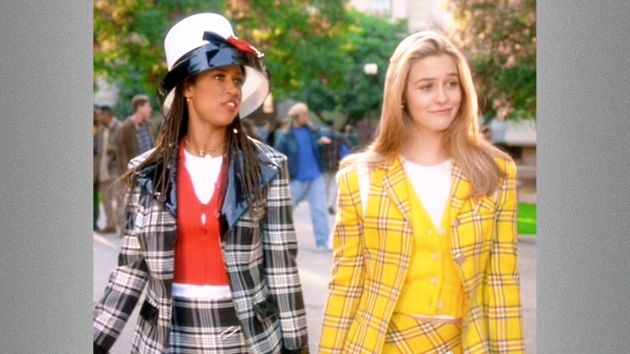 (LOS ANGELES) — Hard to believe that Clueless is turning 25 on Sunday.  Yes, one of the greatest cult classics of the 90s is celebrating its silver anniversary.

Of course, as with any milestone anniversary, there’s going to be a major celebration.

So, all you Clueless fans, mark your calendar for July 21 because that’s when you’ll be able to get your hands on a limited edition Blu-Ray Steelbook of the beloved movie.  Other goodies involve a special anniversary edition Blu-Ray as well as digital copy to bolster your collection.

The new releases offer plenty of goodies, too, containing over an hour’s-worth of special footage ranging from a “Clue or False” trivia game to all the nostalgia-packed theatrical trailers that ran on television, VHS and as movie previews at the theater.

Plus, for those who weren’t taking chemistry or algebra in the 90s can see what high school was really like for Cher and her gang by taking an intimate look at the high school class of 1995.

Critics also credit the critically acclaimed movie for ushering in the Hollywood craze of adapting Jane Austen novels for the big screen. For those looking for a leg up in “Clue or False,” Clueless was based off Austen’s fourth novel, Emma.

So, put on your yellow plaid skirt suit and white knee highs to kick off the Clueless birthday bash, commencing Sunday, July 19.

Help or ‘get out of the way,’ Biden says to governors on combatting pandemic
Wildfires in West prompt new evacuations as they spread through region
Pentagon on lockdown due to police activity
Ninety-one-year-old Gene Hackman trending on Twitter for all the right reasons
Biden White House, under pressure from Democrats, responds on evictions
All 50 states report rising vaccination rates as COVID infections surge, data shows