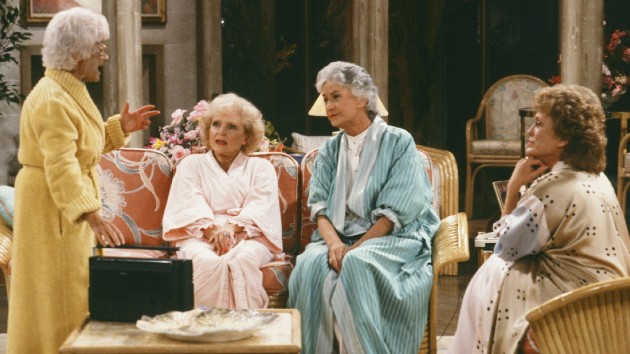 (LOS ANGELES) — The house that was home to Blanche, Dorothy, Rose, and Sophia can be yours, it you’ve got three million bucks.

The Wall Street Journal reports home that served as the “exterior” for the Miami-set show is actually located in the ritzy Brentwood neighborhood of Los Angeles.  It was chosen by location scouts because its now-deceased owners were fond of tropical plants that fit the Florida look.

The home — right down to its blueprints — also served as an inspiration for a full-sized replica of the structure that was constructed at Disney’s Hollywood Studios, in Orlando, Florida after the show, which ran from 1985 to 1992, became a hit. It stood at the park until 2003.

The house, built in 1955 by lawyer David Noble Barry III and his wife, Margaret Carr Barry, has become a tourist attraction for Golden Girls fans eager to snap a pic of it. Margaret Barry, who like her husband was reportedly not a fan of the program, died last year. Their son has put the 3,000 square foot, four bedroom home on the market for $2.999 million.