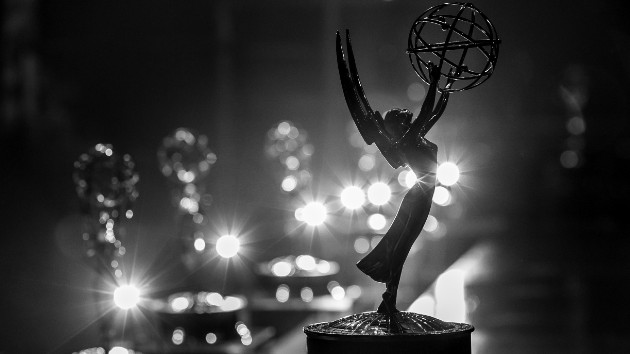 (LOS ANGELES) — The Academy of Television Arts and Sciences has announced that the 2020 Emmy nominations will be announced live on Tuesday, July 28, 2020, at 11:30 a.m. Eastern time.

Due to COVID-19, the yearly nominations process was delayed.  Now, the nominees will get the good news via a virtual event that will stream live on Emmys.com.

Emmy nominations presenters will be announced at a later date, the organization stated.

So far, the The 72nd Primetime Emmy Awards telecast is still scheduled for September 20 at 8 p.m. Eastern time on ABC, hosted by Jimmy Kimmel.

Texas, Oklahoma notify Big 12 they will not renew media rights in 2025
McCarthy, Republicans on Jan. 6 committee, trade jabs ahead of 1st hearing
‘Black Widow’ getting early digital drop on August 10; Coming to Blu-ray, 4K Ultra HD, and DVD September 14
More record-shattering heat waves are likely on the way due to climate change, scientists say
How to navigate rental car shortages, rising gas prices on your next trip
Tiffany Haddish dishes on her upcoming portrayal of Florence Griffith Joyner