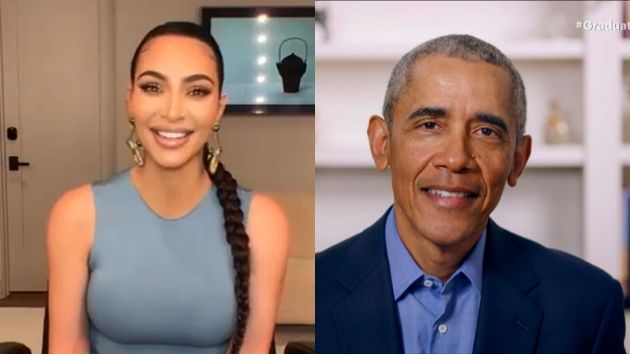 (LOS ANGELES) — What do Kim Kardashian, former President Barack Obama, Kanye West, Elon Musk, and Bill Gates all have in common? They were just a handful of the celebrities whose Twitter accounts were hacked by Bitcoin scammers.

It went down on Wednesday when the celebrity accounts all tweeted some variation of a statement that urged followers to donate money.

On Obama’s account, the since-deleted tweet contained a link to a Bitcoin wallet and read, “I am giving back to my community due to Covid-19! All Bitcoin sent to my address below will be sent back doubled. If you send $1,000, I will send back $2,000! Only doing this for the next 30 minutes! Enjoy.”

Not only were high profile individual accounts targeted, but so were companies like Apple, CashApp, and Uber.

Taking note of the strange posts Alexandria Ocasio-Cortez warned people to “be vigilant.”

“Hey everyone – there seems to be a large Twitter attack right now targeting large accounts,” she wrote. “Please be vigilant about any bitcoins scams and do NOT click on any suspicious links. Just in case, if my account tweets any bizarre links related to cryptocurrency, do NOT click on it.”

As of Wednesday evening, the hackers had received over $100,000 from roughly 320 people.

Following the incident, a Twitter spokesperson said, “We are aware of a security incident impacting accounts on Twitter. We are investigating and taking steps to fix it. We will update everyone shortly.”

They later added that they believed the hackers gained access to the accounts by targeting employees with “access to internal systems” and they have taken steps to help mitigate any future risk.

The government also issued the statement: “The U.S. Secret Service is aware of a suspected hacking incident related to social media accounts. As a matter of practice, the Secret Service does not confirm the existence or absence of ongoing investigations.”

We detected what we believe to be a coordinated social engineering attack by people who successfully targeted some of our employees with access to internal systems and tools.