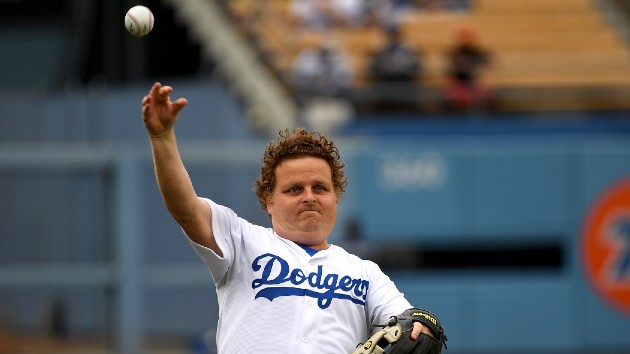 (LOS ANGELES) — Like the casts of other classic TV shows and movies, the cast of 1993’s beloved coming-of-age baseball movie The Sandlot has gotten back together via Zoom for a good cause.

For the film’s 25th anniversary, co-star Patrick Renna has re-assembled the cast, along with host and Los Angeles Dodger Justin Turner, as well as other MLB stars including former Dodgers Enrique Hernandez and Andre Ethier. Together, they talk about the making of the movie, and its impact.

And in true Sandlot fashion, there’s no little trash talk, to boot.

Renna, who played lovable loudmouth Ham Porter, tells ABC Audio, “[T]here’s no way that we knew it would become what it’s meant to so many people…[K]ind of at when the 20th anniversary hit and then the 25th, kind of took on a life of its own. It just went even more crazy, you know?”

The reunion, which goes live today on Renna’s YouTube channel, You’re Killing Me, is raising money for the Justin Turner Foundation, which has pivoted to feeding families in the COVID-19 crisis.

Renna adds, “It’s just a great way to get the guys together, have fun with MLB and also do it for a good cause. Because anything you can do these days to help people, you know?”

Watch trailer to Marlon Wayans’ ‘You Know What It Is’; Richard Roundtree & Terri Vaughn join ‘Cherish The Day’; and more
DOJ opening investigation into Phoenix Police Department, city of Phoenix
“The soul of The Valley is on the line”: With teaser, Netflix announces ‘Cobra Kai’ Season 4 to debut in December
Out-of-control wildfire destroys town of Greenville, California, as dry, gusty conditions encourage rapid spread
COVID-19 live updates: 7 states accounting for about half of new cases
‘Star Wars: The Bad Batch’ gets second season on Disney+