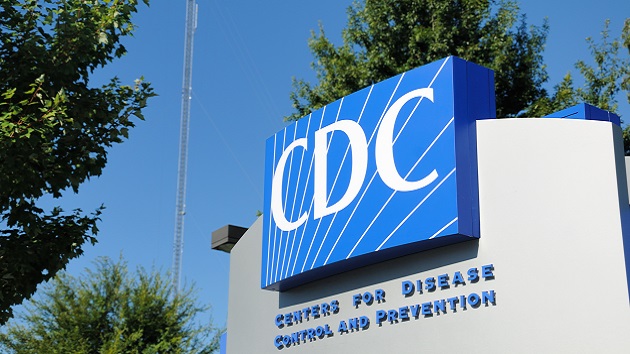 (WASHINGTON) — The Trump administration pushed back Wednesday after public health officials and lawmakers sounded alarms over a new program that directs hospitals to report COVID-19 data directly to the Department of Health and Human Services instead of to the Centers for Disease Control and Prevention.

The move has raised concerns about transparency and comes amid growing mistrust over how HHS and the White House are characterizing the state of the pandemic as the nation faces a surge of new cases and hospitalizations.

While the White House says the new requirement, which started Wednesday, will help make coronavirus data collection from hospitals more centralized and efficient, some fear HHS control and using a system run by a private contractor instead of existing CDC data collection channels could politicize findings and cut experts out of the loop.

CDC Director Dr. Robert Redfield forcefully defended the change in a call with reporters, insisting that the federal government’s effort to create a single database run by HHS — linking an estimated 4 billion disparate data elements on everything from testing to the race and ethnicity of patients to hospital supplies and bed space — instead of through the CDC — can only help the CDC’s efforts.

“No one is taking access or data away from CDC,” Redfield said, adding that by offloading hospital data to HHS allows the agency can focus on nursing homes and long-term care facilities.

Though Redfield said, “This has no effect on CDC’s ability to use data,” it’s unclear if the data — essential for researchers and modelers — will be open to citizens and researchers outside of the government.

“The ability to rapidly collect different information so we can get an understanding of what’s happening across the United Sates — federal, state, local and zip code level — is of key importance when you’re dealing with a novel virus, disease like COVID-19,” Jose Arrieta, the chief information officer at HHS, told reporters.

“When you have visibility as to what’s happening at the zip code level across the United States, you can actually allocate resources in real time so you can combat the pandemic,” he said.

He said anyone wanting to accessing the CDC data contained within the broader system has to be “authenticated” by HHS staff and get permission from a CDC representative.

This has sparked concern among public health experts who rely on the data to model and track the spread of the virus.

“We can’t make meaningful projections without having access to up-to-date information,” said Dr. Aditya Khanna, a research assistant professor and director of network modeling at the University of Chicago, who noted his team relies on publicly available data from the CDC in modeling the coronavirus pandemic.

“A very big contract has been given to a private firm,” he said. “The CDC is under the Department of Health and Human Services so it may not seem like such a big deal, but once a private entity gains control of this data, will researchers still be able to access recent, good quality information that they need to update the models? That’s not clear.”

Khanna also predicted issues with the technology as the system took effect Wednesday and noted the CDC, meanwhile, has spent more than 15 years troubleshooting in their data collection process.

“I don’t think this process is just so simple that you just introduce a new app, if you will, enter data and somebody else controls it. I think the story is a bit more complicated than that,” he said. “The point is, why not try to improve what we’ve got as opposed to trying to switch directions completely and really into uncharted territory at a critical time.”

White House coronavirus response coordinator Dr. Deborah Birx reportedly suggested governors send National Guard troops with laptops and iPads to help hospitals improve data collection, according to The Washington Post, because some hospitals were struggling to report information to their state and CDC under the current system.

Other experts said the move could further marginalize the government’s premier public health agency at a time when cases are surging in most of the country.

“Placing medical data collection outside of the leadership of public health experts could severely weaken the quality and availability of data, add an additional burden to already overwhelmed hospitals and add a new challenge to the U.S. pandemic response,” said Dr. Thomas File, president of the Infectious Diseases Society of America, in a statement. “COVID-19 data collection and reporting must be done in a transparent and trustworthy manner and must not be politicized, as these data are the foundation that guide our response to the pandemic.”

The new instructions for hospitals on how to send data were posted in a 13-page document on the HHS website.

“As of July 15, 2020, hospitals should no longer report the Covid-19 information in this document to the National Healthcare Safety Network site,” it reads, pointing to the HHS federal contractor instead. “The completeness, accuracy, and timeliness of the data will inform the COVID-19 Task Force decisions on capacity and resource needs to ensure a fully coordinated effort across America.”

“This data will be used to inform decisions at the federal level, such as allocation of supplies, treatments, and other resources,” it reads, asking hospitals to report daily data points including bed capacity, tests completed and supplies of masks, ventilators and Remdesivir, a drug used to treat COVID-19.

ABC had reported last March that in a desperate bid to get a handle on the virus, the White House asked each of the country’s hospitals to send daily data updates to a single federal inbox as a way of aggregating information who was getting sick, how much bed space was left and if more resources were needed.

The single database, called “HHS Protect,” that merged this kind of health data with logistics and supplies was launched April 10.

“Our objective is to allow states and hospitals either to leverage existing data reporting capabilities, or where those capabilities are insufficient, to provide guidance on how to build them,” Azar wrote at the time.

In June, the government also announced all labs will need to start reporting up to the federal government, including demographic information, but it is not required until August 1.

However, the change in data collection protocol raised questions from lawmakers on the need for a second system.

Rep. Rosa L. DeLauro, D-Conn., chairwoman of the House Budget Committee’s subcommittee, on Tuesday evening issued a statement raising concerns with public information and accusing HHS of acting “in direct violation with the law” by ordering hospitals to bypass the CDC.

“HHS has been operating as a dangerous, political apparatus and cannot be trusted to share accurate hospital information with Congress and the American public,” DeLauro said.

Khanna predicts the real issues will come in a few weeks if and when information isn’t available for modelers like him.

“Everybody is so busy and what they’re doing that sometimes it takes people awhile to realize what it is that they’re not getting. It may take a week or two, then we can no longer update our models and guide the data collection,” he said. “There are a lot of open questions about what the next step should be.”

The director, whose teams makes models on a national and local scale, also noted there is a global loss when data collected amid a pandemic isn’t made public.

“Anybody in the world who wants to look at how the situation is evolving, especially in this unprecedented time should be able to do so and there should be reliable information for people to be able to see the data and engage with the metrics,” he said.