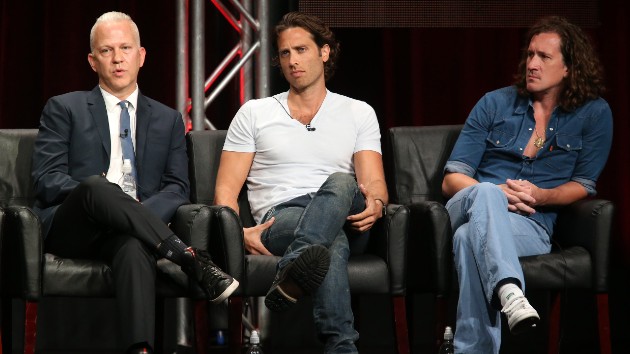 (LOS ANGELES) — Less than a day after she was confirmed dead following the discovery of her remains in California’s Lake Piru, Naya Rivera is being remembered by the creators of Glee, the show that made her famous.

Ryan Murphy, Brad Falchuk and Ian Brennan have issued a statement praising the 33-year-old, explaining that it was Rivera’s talent that made her Santana Lopez a fan favorite.

“Naya wasn’t a series regular when we cast her,” the statement reads. “She didn’t have more than a few lines in the pilot. But it didn’t take more than an episode or two for us to realize that we had lucked into finding one of the most talented, special stars we would ever have the pleasure of working with.”

The “heartbroken” creators continued, “Naya could act, she could dance, and she could sing (could she ever sing!) She could nail a joke as well as she could crush you with an emotional scene….She was a joy to write for, a joy to direct and a joy to be around.”

The statement concluded, “Our hearts go out to her family, especially her mom, Yolanda, who was a big part of the Glee family and her son Josey. The three of us are currently in the process of creating a college fund for the beautiful son Naya loved most of all.”

Josey, 4, was found alone on the pontoon boat Rivera had rented with him, prompting the investigation into her disappearance. Officials say she lifted the boy to safety from the water, but was unable to pull herself back onto the drifting boat.

New legislation would require women, like men, to sign up for potential draft
Clara McGregor shows off fresh face, a month after dog bit her
‘Modern Family”s Ariel Winter hopes for “freedom” for Britney, “consequences” for people “who have kept her away”
Patina Miller and Omar Epps explain why ‘Power Book III: Kanan’ was the perfect series for them to join
Chrissy Teigen thanks fans for sending the “most amazing” condolences after loss of baby Jack
Pediatricians’ advice for parents confused about kids and face masks amid COVID-19 surge