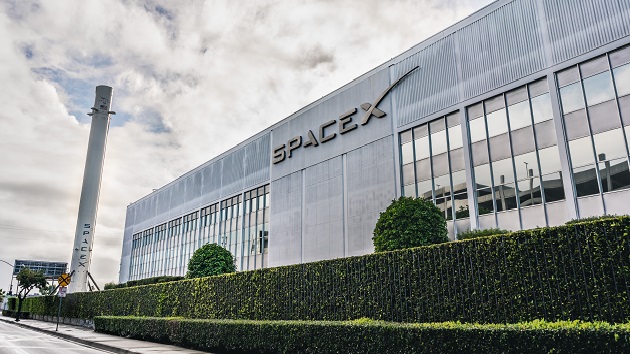 SpaceX wrote on Twitter that the mission needed “more time for checkouts” and the team was working to identify the next launch opportunity.

The launch — which was scheduled for 10:54 a.m. ET — would have been the 10th of its Starlink missions and included 57 satellites as part of Elon Musk’s goal to create a constellation of satellites that can bring high-speed internet to large, remote swaths of the globe.

It would also have carried two satellites from BlackSky, a SpaceX customer through the private firm Spaceflight.

As of Friday afternoon, the weather was a 60% go for launch, according to the Launch Mission Execution Forecast. SpaceX did not cite the weather as its reason for canceling.

The satellites were to have launched aboard a Falcon 9 rocket.

Saturday’s mission would have marked the third SpaceX Starlink satellite launch in less than two months.

The Starlink satellites previously courted controversy within the astronomical community, when many expressed fears that their brightness impeded visibility of the night sky. When the first batch launched last year, some people even reported UFO sightings, the American Astronomical Society said.

In April, SpaceX announced a series of updates, pledging to make the new batch of satellites “invisible to the naked eye within a week of launch” and darkening the satellites “so they do not saturate observatory detectors.” The company added that by June, all future Starlink satellites will have “sun visors” that will block sunlight from hitting the brightest parts of the spacecrafts.

In a statement ahead of the scheduled launch, SpaceX confirmed that “all Starlink satellites on this flight are equipped with a deployable visor to block sunlight from hitting the brightest spots of the spacecraft — a measure SpaceX has taken as part of our work with leading astronomical groups to mitigate satellite reflectivity.”

Saturday’s canceled mission also comes on the heels of the private space firm’s first manned launch in late May, when SpaceX teamed up with NASA to send astronauts Doug Hurley and Bob Behnken to the International Space Station. The historic flight sent U.S. astronauts into space on U.S. equipment and from U.S. soil for the first time in nearly a decade.

History made as first African American general leads one of the military services
As coronavirus spreads through nation’s jails and prisons, lawmakers demand more transparency on toll
2020 may be ‘one of the busiest’ hurricane seasons on record: NOAA
Coronavirus updates: A disproportionate number of non-white children are dying, data shows
After Isaias rocks Each Coast, more storms on the way
Trump’s coronavirus comments run afoul of Twitter, Facebook terms