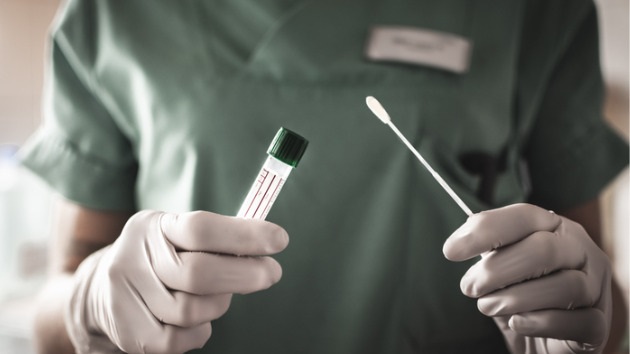 (NEW YORK) — Over 12.5 million people across the globe have been diagnosed with COVID-19, the disease caused by the new respiratory virus, according to data compiled by the Center for Systems Science and Engineering at Johns Hopkins University. The actual numbers are believed to be much higher due to testing shortages, many unreported cases and suspicions that some governments are hiding the scope of their nations’ outbreaks.

The United States has become the worst-affected country, with more than 3.1 million diagnosed cases and at least 134,097 deaths.

11:23 a.m.: University reverses course, will be remote this fall

West Chester University, one of Pennsylvania’s largest state-owned universities, with 18,000 students, has reversed course and said it no longer plans to bring students back in the fall.

Christopher Fiorentino, the university’s president, said in a statement that learning will continue remotely through the fall semester.

Some classes will be taught in a hybrid format, meaning both in-person and remote learning for students with clinical placements, student teachers and certain internships, according to Fiorentino.

Chester County, where WCU is located, is currently in the Green Phase of reopening, meaning that some of the university’s public buildings — a library, a recreation center, the student union — will be open but limited to 50% capacity.

“The University understands that students’ lives have been turned upside down by a relentless pandemic that continues to sweep across the globe,” Fiorentino said. “Our support for our WCU community will not waiver.”

New York recorded 799 COVID-19 hospitalizations in the last 24 hours, making it the lowest number since March 18, according to Gov. Andrew Cuomo.

There was also the lowest three-day average death toll since March 16, with six recorded in the last 24 hours, Cuomo said in a statement.

New York was among the hardest-hit states in the early stages of the pandemic, with New York City especially devastated.

Cuomo applauded the good news, saying New Yorkers who practiced social distancing and wore masks “are central to our ability to slow the spread and save lives.”

However, Cuomo also urged people not to become complacent.

“I urge residents to stay ‘New York tough’ and not give up the ground we’ve worked so hard to gain together, particularly in the face of rising cases throughout the country and compliance issues here at home,” he said.

8:39 a.m.: Clusters of US soldiers test positive for COVID-19 in Japan

A “few dozen” U.S. Marines stationed at two different bases in Okinawa, Japan, have tested positive for COVID-19, according to the Associated Press.

After months of no confirmed coronavirus cases, the Marine Corps said it had two clusters of soldiers who tested positive for the virus this week, according to a statement from Marine Corps Installations Pacific.

“Preserve the force. Protect our families and the community,” the statement continued.

The U.S. Marine Corps and U.S. Air Force on Okinawa prefecture have now re-imposed strict limits on their personnel’s movements and activities after the new coronavirus cases appeared, according to an internal FEMA memo obtained by ABC News.

Everyone who tested positive is in self-isolation and local commanders have initiated “soft shelter-in-place” orders for Camp Hansen and Marine Corps Air Station Futenma.

All orders are in place until further notice.

Officials said cleaning the base and contact tracing are ongoing.

“As we navigate the current environment we will continue to assess the situation and provide updates as frequently as permissible. We ask everyone to follow the social distancing and health protection measures to help us #KillTheVirus,” Marine Corps Installations Pacific wrote on its Facebook page.

The additional resources, Abbott said, include an Urban Area Medical Task Force from the U.S. Department of Defense that will arrive on Monday and a Disaster Medical Assistance Team from U.S. Health and Human Services that has just been deployed.

“Texas is grateful to the federal government as well as the President and Vice President for working swiftly to provide additional resources to the state as we work to mitigate COVID-19 and care for our fellow Texans,” Abbott said in a statement Friday. “We will continue to work with our local and federal partners to ensure all resources and needs are met throughout the state.”

Houston has seen a significant rise in coronavirus cases in recent weeks, which caused many public health officials and hospitals to issue warnings that ICU bed availability is running low. Houston’s Texas Medical Center is at 105% capacity.

The city reported 670 new diagnosed COVID-19 cases Friday, bringing Houston’s total to at least 26,682. The coronavirus death toll for the city increased by nine, which now stands at 259.

Numbers are just as jarring throughout the Lone Star State. Texas’ statewide COVID-19 death toll reached a single-day high of 105 Friday. The state had a 15.56% positivity test rate, according to an internal Federal Emergency Management Agency memo obtained by ABC News.

Nearly 14% of all new U.S. coronavirus cases in the past seven days have been identified in Texas, the memo said.

The rise in cases also led to Houston Mayor Sylvester Turner to cancel the in-person Republican Party convention in the city, prompting a lawsuit by the state GOP.