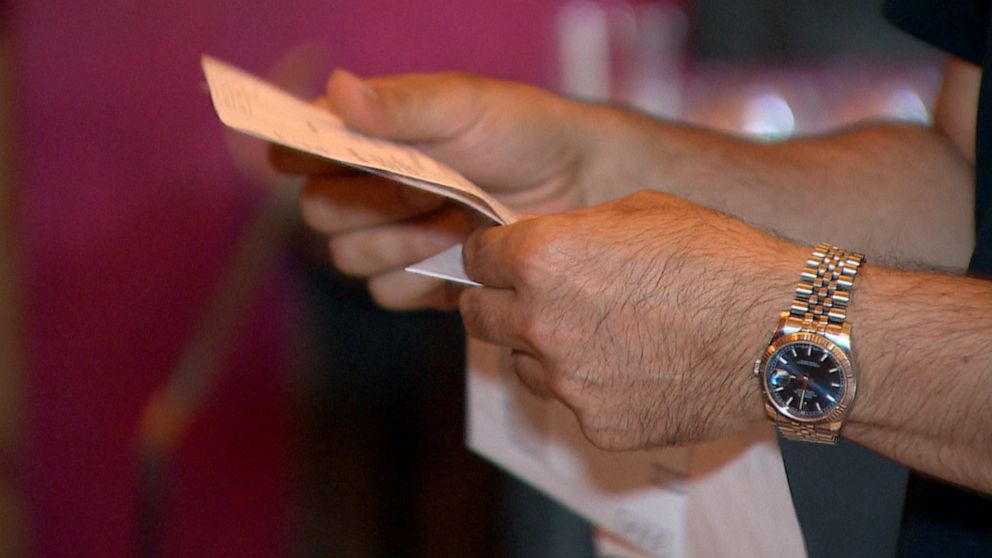 (WASHINGTON) — The resurgence of COVID-19 across the country this summer has deepened anxiety for millions of American small business owners who face another imminent cash crunch in their battle to survive a historic pandemic.

The government’s $660 billion Paycheck Protection Program, first rolled out in April, was supposed to help many businesses and their employees weather the storm. Nearly half of all American workers are employed by a small business.

But now many of the nearly 5 million US companies that got loans say the relief money is running out with little sign the virus is loosening its grip on the economy.

“We’re literally the guy who was jogging and got hit by the meteor like the one in a trillion chance,” said Will Eastman, owner of U Street Music Hall, a nightclub in Washington, D.C., shuttered since March. “We were the first to close and we’ll be the last to reopen.”

In May, Eastman received a $120,000 PPP loan to help keep five full-time staff on payroll and pay for rent and utilities. He says those funds run dry in less than two weeks; his only revenue is from T-shirt sales and online donations.

“It is a psychological trauma not to know if your entire industry will be here next year,” he said.

Hope that phased reopenings of local economies would lead to a financial rebound are now overshadowed by customers’ renewed health fears, more forced business shutdowns and a possible vaccine still months or years away.

Farid Nouri, who’s owned Eighteenth Street Lounge in D.C. for 25 years, recently made the decision to fold after his PPP loan ran out.

“We’re looking at at least a year and a half of staying idle and accruing more rent debt, more insurance debt,” said Nouri in an interview as he prepared to auction off the club furniture and leftover liquor stock. “We’re talking about hundreds of thousands of dollars at the end of the day before we can even be able to reopen.”

Karen G. Mills, former Small Business Administrator who helped guide the recovery from the 2008 Great Recession, predicts as many as 20-30% of all American small businesses could close for good during the pandemic.

“Cash is the number one need for small businesses — money that is not a debt burden to them, that helps tide them over until we get our arms around this health crisis and they can open safely,” said Mills.

Since March, Congress has allocated more than $670 billion in guaranteed loans to help businesses with fewer than 500 employees. If recipients use at least 60% of the loan to cover payroll or rent, the loan will be forgiven.

Businesses can only apply once, and data shows that many of the nation’s smallest businesses still have not taken advantage of the program.

There is roughly $130 billion up for grabs before the program expires on Aug. 8.

Mia Stewart, who owns Haute Hair in Washington, D.C., a custom wig and hair extensions shop, is among the small business owners who have struggled with the PPP application process, which requires accounting and legal skills that some say they don’t have.

“I think there needs to be more of a streamlined process to allow us access to these funds,” Stewart said. “It should have happened months ago, and here we are still waiting. It’s July.”

To make matters worse, Stewart’s shop was looted during the recent protests after the death of George Floyd, who was killed in Minneapolis police custody in May. She says more than $150,000 in merchandise was stolen.

“The PPP loan has just been a really difficult process,” Stewart said. “And I just think it’s completely unfair that these other corporations were allowed to get such large sums of money.”

The Trump administration this week revealed for the first time the names of the biggest recipients of PPP loans so far.

At least a dozen businesses have ties to political leaders, including a hotel partially owned by the husband of House Speaker Nancy Pelosi and a shipping company run by the family of Transportation Secretary Elaine Chao.

“I was very disappointed, because the most vulnerable small businesses out there are the little ones,” said Mills of the data released by the Small Business Administration and Treasury Department. “Overall the program is going to have saved a lot of businesses, but if you were a bad actor, do not do that again.”

President Trump’s small business chief Jovita Carranza says she’s “ecstatic” about the PPP, telling SirusXM radio in an interview that it is “one of the most successful and consequential federal disaster response programs in memory.”

Many economists have credited the program with helping to blunt the tide of job losses. After a historic spike this spring, the unemployment rate fell from 14.5% in April to 11.1% in June, according to the Labor Department.

Pia Carusone, owner of Republic Restoratives in Washington, D.C., one of the world’s only women-owned distilleries, says she considers her business a PPP success story — with a caveat.

“But I don’t know why anyone’s taking a victory lap about anything. You can’t claim a huge success when, first of all, many businesses are going under today,” Carusone noted. “It has been very helpful but we’re not anywhere near done with this yet.”

Working in her favor is steady demand from walk-up customers who are trickling back and restaurants slowly resuming orders of craft vodka and bourbon.

Other retailers see a similar cautiously upward trajectory but remain on edge.

“I was able to bring back a majority of my staff” with a PPP loan, said Adam Waterreus, owner of Lost City Books in Washington’s Adams Morgan neighborhood, where increased foot traffic has meant renewed book browsing and sales.

“I’m still fairly uneasy about the next few months,” Waterreus added. “I was listening to the news this morning about Texas and these big surges [in COVID-19 cases]. There seems to be little reason to think that won’t come back to us.”