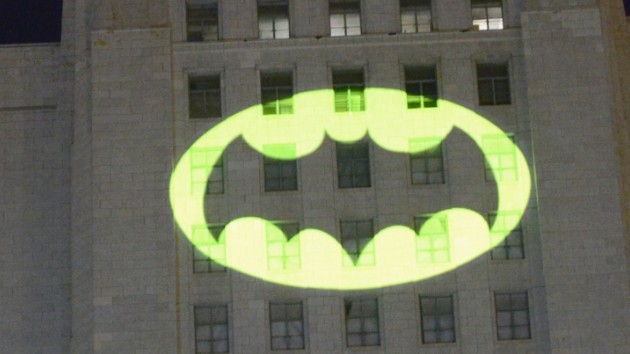 (LOS ANGELES) — Writer-director Matt Reeves is in the early production days of his big-screen The Batman, but he’s already inked a deal for a small-screen spin-off.

Reeves, along with Sopranos veteran and Boardwalk Empire creator Terrence Winter, have just announced they’re developing an HBO Max show centering on Gotham City’s cops.  Set in the same universe as The Batman, the series and the movie will share Jeffrey Wright as Commissioner James Gordon.

It’s not yet known if Robert Pattinson, the man who will wear the Dark Knight’s cowl for The Batman, will cross over as well.

In a statement, Reeves says, “This is an amazing opportunity, not only to expand the vision of the world I am creating in the film, but to explore it in the kind of depth and detail that only a long-form format can afford. And getting to work with the incredibly talented Terence Winter, who has written so insightfully and powerfully about worlds of crime and corruption, is an absolute dream.”

Incidentally, Fox ran its own Batman companion show, Gotham, from 2014 to 2019. That series, which also centered on the cops in the superhero’s neighborhood, was something of a prequel, following a young Bruce Wayne in the years before he ultimately became the Dark Knight, and young Detective Jim Gordon as he moved up the ranks of the GCPD.

Though production’s stalled during the COVID-19 pandemic, The Batman is still slated for an October 1, 2021 theatrical release. No word yet on the HBO Max project’s debut date.

Anxious about the return to ‘normal’? Here are five tips to help post-pandemic anxiety
Biden’s vaccine requirement could ‘very well’ require troops to get the shot
Matt Damon confirms cameo in Thor: Love and Thunder; calls Bennifer “true love”
COVID-19 live updates: US reports highest number of new cases in the world
Never say never: Lisa Leslie on coaching in the Big3 League and possibly coaching for the NBA
Key moments from the Olympic Games: Day 5