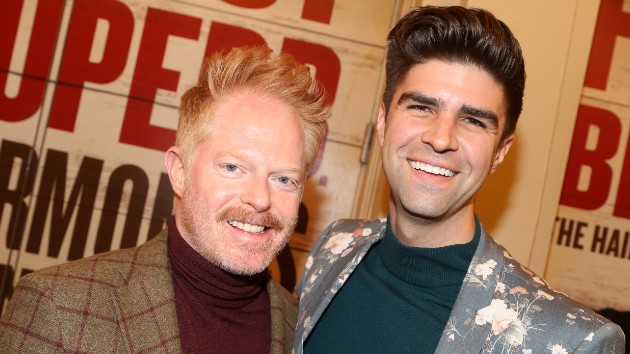 Photo by Bruce Glikas/FilmMagic
Posted on July 10, 2020 by ABC News

“Jesse and Justin welcomed their little bundle of joy Beckett Mercer Ferguson-Mikita on July 7, 2020,” a representative for Ferguson told People magazine.  “The new parents are overjoyed and excited for this new journey as a family of three.”

Ferguson, who played Mitchell Pritchett during Modern Family’s 11 seasons, announced the news that himself and Mikita were expecting their first child during an appearance on The Late Late Show with James Corden in January 2020.

Ferguson and Mikita, who have been married since 2013, have not shared any photos of their son yet.

DC teases casts of ‘The Suicide Squad’, ‘The Batman’, and more in preview of DC Fandome
Bradley Cooper and Jennifer Garner beach date stirs dating rumors
Stephen Colbert and James Corden to returning to the studio
New bus routes and schedules for DuBois Area School District
The ‘Edward Scissorhands’ house is up for sale and could be yours for $224,000
As coronavirus spreads through nation’s jails and prisons, lawmakers demand more transparency on toll