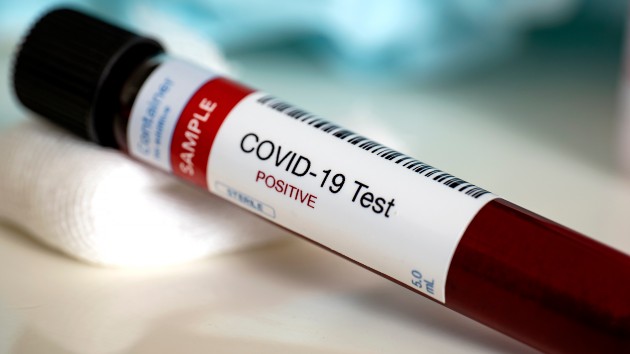 (NEW YORK) — A pandemic of the novel coronavirus has now killed more than 552,000 people worldwide.

Over 12.2 million people across the globe have been diagnosed with COVID-19, the disease caused by the new respiratory virus, according to data compiled by the Center for Systems Science and Engineering at Johns Hopkins University. The actual numbers are believed to be much higher due to testing shortages, many unreported cases and suspicions that some governments are hiding the scope of their nations’ outbreaks.

The United States has become the worst-affected country, with more than 3.1 million diagnosed cases and at least 133,291 deaths.

Here is how the news is developing Friday. All times Eastern:

A dog in Tarrant County, Texas, was confirmed to have SARS-CoV-2, the virus that causes COVID-19 in humans, according to federal officials and the Texas Animal Health Commission.

The dog was tested after its owners were confirmed to have the coronavirus, the animal health commission said.

“Based on current knowledge, there is no evidence that pets play a significant role in spreading SARS-CoV-2 to people,” Texas’ state veterinarian, Dr. Andy Schwartz, said in a statement. “It’s always important to restrict contact with your pets and other animals, just like you would other people, if you are infected with COVID-19 in order to protect them from infection.”

8:45 a.m.: Boston’s moratorium on evictions extended through end of year

As the pandemic continues to wreak havoc on the economy, Boston is extending its moratorium on nonessential evictions through the end of the year, Mayor Marty Walsh said Friday.

“These are extraordinary times, and right now, we all need to come together to ensure that our city’s most vulnerable residents are able to continue to live and work in the city they call home,” the mayor said in a statement.

A Harris County District Court judges has ruled against the Republican Party in Texas, after it sued the city of Houston and Mayor Sylvester Turner after the mayor canceled the state’s GOP convention in the city.

Turner, citing the surge in coronavirus cases in the state and city, canceled the Texas Republican Party’s in-person state convention, which was scheduled to start on July 16 in Houston.

“Look, these are some very serious times, and the safety of people attending the convention, the employees, their family members, the people in the city of Houston, have their public health concerns,” Turner said in a statement. “First responders and municipal workers will all be in contact or in proximity to the indoor gathering. Public health concerns outweigh anything else.”

The Texas GOP, said it was expecting the “liberal” court’s ruling and said it would appeal to the Texas Supreme Court.

“It didn’t matter in which court this case landed, we expected a denial from the liberal Harris County courts,” Texas Republican Party Chairman James Dickey, said in a statement Thursday. “We thank them for a speedy denial so we can move forward with the appeal we had prepared.”

Turner canceled the convention, which was to be held at the George R. Brown Convention Center, after the city’s Local Health Authority, Dr. David Persse called the GOP convention “a clear and present danger.”

National coronavirus case counts, hospitalizations and deaths continue to climb, according to the COVID Tracking Project. At least 867 people died of COVID-19 Thursday in the U.S.

Nationally, the seven-day average has begun to climb after an extended decline, the COVID Tracking Project said.

The last three days were the highest numbers the organization has reported since early June. This rise in deaths is concentrated in states with large outbreaks. Texas, California and Florida all reported their single highest day of deaths for the entire pandemic on Thursday.

This news comes as the Centers for Disease Control and Prevention updated its COVID-19 death toll forecast Thursday to say it expects between 140,000 to 160,000 deaths by Aug. 1