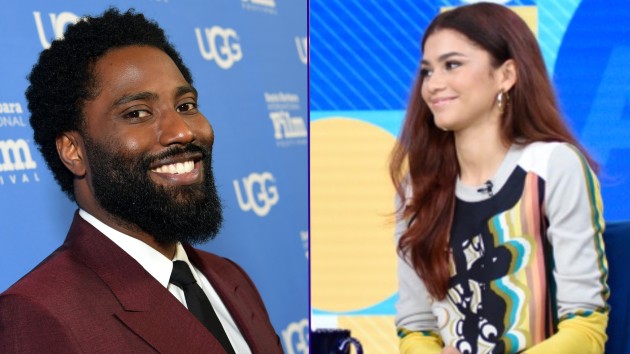 (LOS ANGELES) — While Hollywood productions were on hiatus due to the COVID-19 pandemic, Zendaya and John David Washington managed to secretly film their new feature Malcolm & Marie.

According to Deadline, production on the film took place between June 17 and July 2 at the Caterpillar House, an environmentally conscious ranch in California. All filming was reportedly done with various acting and directing guilds’ guidelines and COVID-19 safety protocols in place.

Deadline reports that the film, which has already finished production, came about after Zendaya reached out to Euphoria creator Sam Levinson to see if he could write and direct the film during the shutdown. In less than a week, Levinson and his wife Ashley, who is also his production partner, agreed to the project, had the initial plan down and signed up to help finance the film.

Although the film’s storyline is currently being kept under wraps, Deadline reports that the feature has “some echoes of Netflix’s Marriage Story, while resonating a number of social themes that the world is experiencing right now.”

Zendaya shared a first look at the project on Instagram, posting a steamy image which showed her leaning over to kiss Washington.

“Malcolm & Marie,” she captioned the photo.

There is no word yet on when this film will be released.

New legislation would require women, like men, to sign up for potential draft
Nathan Fillion gives new meaning to “arms control” as TDK in new clip from ‘The Suicide Squad’
Judge in Brad Pitt and Angelina Jolie divorce case dismissed
Mario Batali and Joseph Bastianich settle in NY over sexual harassment, discrimination
Morgan Wallen speaks to ‘GMA’ about being filmed using racial slur
Patina Miller and Omar Epps explain why ‘Power Book III: Kanan’ was the perfect series for them to join