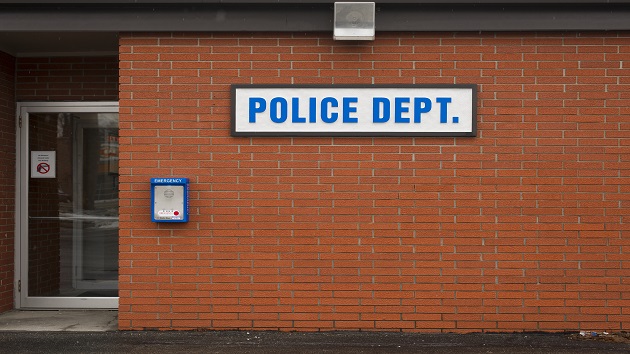 The arrest stems from an incident Monday evening at a demonstration in downtown Bloomington in support of Vauhxx Booker, a Black civil rights activist who said he was attacked on the Fourth of July by a group of white people who shouted racial slurs and called for someone to “get a noose.”

Bloomington police said that at about 9:26 p.m., officers were called to the area after getting a report of a personal injury crash, and upon arriving learned a vehicle that injured protesters had fled the scene.

According to police, a male passenger in a red Toyota exited the car to move an electric scooter out of a blocked intersection. A 29-year-old woman then stood in front of the car and put her hands on the hood. Bennett allegedly accelerated, police said, causing the woman to go up onto the hood. A 35-year-old man grabbed and clung to the side of the car as it “accelerated rapidly” down the street, police said. Both victims were flung from the car when it quickly turned about two blocks from where it had first stopped, police said.

Police said witnesses provided them with a license plate number for the car and several videos of the incident. On Wednesday, investigators were able to track down and detain Bennett, the registered owner of the car, and the passenger at a motel in Scottsburg, Indiana.

The unnamed passenger was interviewed and released. Bennett and her lawyer declined to provide a statement, police said. Bennett was booked into the Monroe County Jail and later released on a $,2000 surety and $500 cash bail. The car was impounded to collect evidence.

Bennett is scheduled to appear in court on July 17 for an initial hearing.

The Bloomington incident was one of several in recent days involving crashes at peaceful demonstrations.

On Wednesday, a 27-year-old man arrested on suspicion of driving into a Black Lives Matter protest on a closed Seattle freeway early Saturday, killing one demonstrator and seriously injuring another, was charged with vehicular homicide, vehicular assault and reckless driving, authorities said.