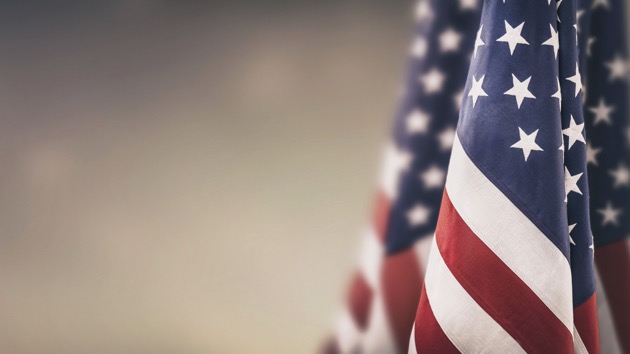 (WASHINGTON) — Lt. Col. Alexander Vindman, a key witness in President Donald Trump’s impeachment inquiry, said in a tweet Wednesday he is retiring from the U.S. Army after more than 21 years of military service, saying his future “will forever be limited” due to political retaliation.

“Today I officially requested retirement from the US Army, an organization I love. My family and I look forward to the next chapter of our lives,” Vindman said.

Today I officially requested retirement from the US Army, an organization I love. My family and I look forward to the next chapter of our lives. pic.twitter.com/h2D9MRUHY2

Vindman’s attorney Amb. David Pressman said in a statement obtained by ABC News that his client has endured a “campaign of bullying, intimidation, and retaliation” and that “he was bullied by the President and his proxies” since his November testimony in House impeachment hearings.

“Through a campaign of bullying, intimidation, and retaliation, the President of the United States attempted to force LTC Vindman to choose: Between adhering to the law or pleasing a President. Between honoring his oath or protecting his career. Between protecting his promotion or the promotion of his fellow soldiers,” the statement read.

Pressman added that Vindman’s “patriotism has cost him his career.”

Trump fired Vindman as the top expert on Ukraine on the National Security Council in February two days after his acquitted in the Senate, along with his twin brother who was serving at the White House as an NSC lawyer.

The president tried to justify the move on Twitter, without evidence, saying Vindman “had problems with judgement, adhering to the chain of command and leaking information.”

“He was very insubordinate, reported contents of my ‘perfect’ calls incorrectly, & was given a horrendous report by his superior,” Trump tweeted of the military official.

The official Twitter account of the White House also attacked Vindman’s credibility while he was testifying before the House Intelligence Committee.

U.S. Army spokespeople could not be reached for immediate comment on his resignation.

When Vindman’s retirement packet is submitted to U.S. Army Human Resources Command it will be reviewed for approval just as it is for all soldiers.

Top military leaders, including Secretary of Defense Mark Esper, have said that Vindman would be protected from retaliation after he transitioned from the White House back to the Pentagon, but some Democratic lawmakers believed that he was still being targeted.

According to U.S. officials, Vindman’s name was included among the Army’s list of officers selected for promotion to Colonel. That list had been submitted for review to the Secretary of Defense’s office prior to its being sent to the White House.

Some officials had expressed concerns whether the White House would leave his name on the list or remove it as potential retaliation for his testimony.

During his dramatic impeachment hearing testimony, Vindman, an immigrant from Ukraine, said that he reported his concerns out of a “sense of duty.”

Lt. Col. Alexander Vindman: “Dad, I’m sitting here today in the U.S. Capitol, talking to our elected professionals, is proof that you made the right decision 40 years ago to leave the Soviet Union…”

“Do not worry. I will be fine for telling the truth.” https://t.co/iV6y2ENUtC pic.twitter.com/XfTbaAjpq6

The decorated officer recalled his father’s decision to leave the Soviet Union for the U.S. and said he did not fear telling the truth.

“Dad, I’m sitting here today in the U.S. Capitol, talking to our elected professionals, is proof that you made the right decision 40 years ago to leave the Soviet Union and come here to the United States of America in search of a better life for our family,” Vindman said in November.

“Do not worry, I will be fine for telling the truth,” he said.