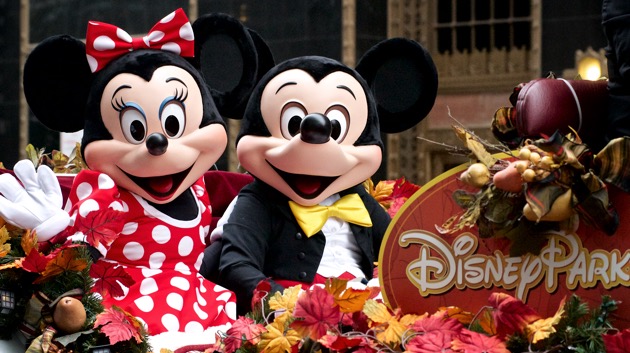 (LAKE BUENA VISTA, Fla.) — The phased reopening of Walt Disney World is just days away, and as the number of COVID-19 cases in Florida remains one of the highest in the country, many are wondering, “Should the theme park be opening right now?”

The question was posed to Jim MacPhee, senior vice president of operations at Walt Disney World Resort, on Good Morning America as we got a first look inside the park as it prepares for a July 11 reopening of Magic Kingdom and Disney’s Animal Kingdom and a July 13 reopening of Epcot and Disney’s Hollywood Studios.

“We believe very much we should be reopening,” MacPhee said. “Again we’ve been focused on this, we’ve got the best protocols in place, and it’s a guest choice environment.”

MacPhee presented opening plans to the Orange County Economic Recovery Task Force in late May. Among those were physical distancing, guests and cast members being required to wear face masks and plexiglass at registers and other places where social distancing is difficult would be installed.

Now as the park prepares to open on Saturday, temperature checks are in place, guests staying at Disney hotels will check in on mobile, a new reservation system was put in place to reduce the capacity in each park and mobile ordering and cashless payments has been implemented at restaurants to reduce contact between guests and employees.

The attractions look different too. At Kilimanjaro Safaris, for example, guests will enter through partitions and when they are on the ride vehicle, there will be barriers between each row.

“We’re really focused on having a thoughtful and methodical reopening strategy that’s phased on various attendance levels, that allow us to launch, learn and adjust,” said MacPhee.

But some are skeptical.

Comments on a video on health and safety precautions posted to Walt Disney World’s Facebook page Tuesday drew comments both in support of and against the reopening. “Bad idea,” said one. “Shouldn’t be opening,” said another. “Too difficult to socially distance,” said a third.

At least 21 states have either reversed or paused reopening measures, ABC News has found.

Six states — Arizona, California, Colorado, Florida, Michigan and Texas — have reversed some aspect of their economic reopening. Disneyland in California announced in June it had postponed its planned July 17 reopening.

Many expressed excitement for upcoming trips. Still more said they would be back — as soon as the mask requirement was lifted.

Responsibility for a smooth reopening, Macphee said, is shared.

“Really our success is based on the sum of everyone working together to ensure we really operate well in this environment,” he said.

COVID-19 vaccinations up 14% in past week, White House says
Benifer 2.0 makes it Instagram official, thanks to Leah Remini
How sustainable is it to rent clothing? Experts and top brands weigh in
CDC director stands firm on mask guidance, calls it an ‘individual choice’ for those vaccinated to wear one
Dax Shepard says he spent lockdown lifting weights, reveals he gained 24 pounds of muscle
5-year-old dies of stroke after contracting multiple infections including COVID-19, family says