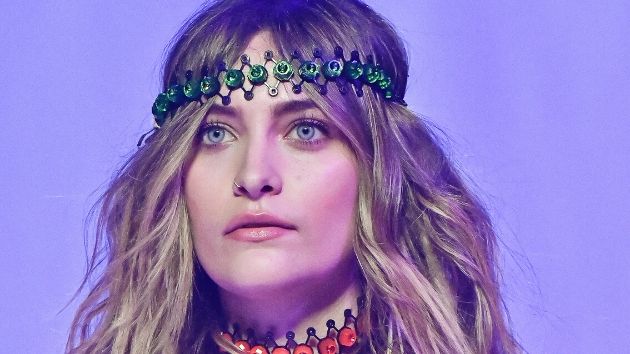 SAVIKO/Gamma-Rapho via Getty Images
Posted on July 8, 2020 by ABC News

(LOS ANGELES) — Paris Jackson is bravely sharing her life story via her new Facebook Watch docuseries Unfiltered: Paris Jackson & Gabriel Glenn — from talking about her late father to her relationship with mental illness.

The 22-year-old tackled the heavy subject of suicide ideation and self harm on her Tuesday episode, detailing how her struggles manifested after her dad Michael Jackson passed away in 2009.

“Food became an addiction,” Jackson revealed, saying she started gaining weight after moving in with her grandmother Katherine Jackson, who allowed her to eat whatever she wanted. “Then a cousin called me fat so I was like, ‘OK, I can’t do that anymore.’ And that’s how I fell into self-harm.”

The Gringo alum didn’t shy away from why she used it as a coping mechanism. “There’s a lot of things that cause a dopamine release.  Self-harm was one of them,” She explained. “It was a distraction from emotional pain and transferring into physical pain and the need for control.”

“I would cut and burn myself,” Jackson admitted. “I never thought that I would die from it because I was always in control of the razor and I knew how deep I was going.”

However, there came a point in her life where she did contemplate ending her life after grappling with low self-esteem and self-hatred. “I tried to kill myself many times,” The model confessed.  “I couldn’t take it anymore.”

After seeking the help she needed, such as therapy and building a support circle, Jackson hopes her story will inspire others to ask for help.