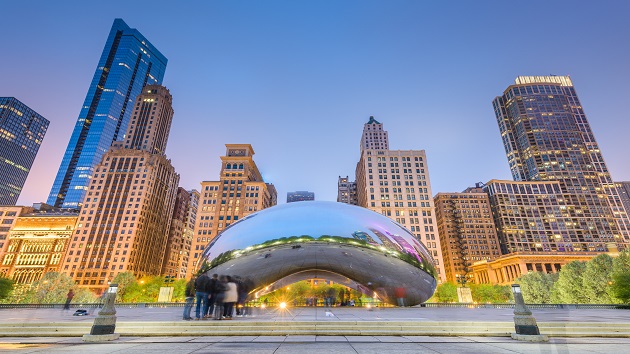 The mayor of Chicago said there’s “no question” that the coronavirus pandemic, and the way it has impacted policing and jailing, is a factor in the recent violence her city has experienced.

“We had to rethink what policing meant in the middle of this horrific pandemic for which there was no — there still is no cure. So that absolutely affected it,” Mayor Lori Lightfoot, a Democrat, told ABC News’ “Powerhouse Politics” podcast.

From 6 p.m. on Thursday through the holiday weekend, 87 people were shot in Chicago in 47 different shooting incidents. Of these victims, 17 were killed, including a 7-year-old girl and a teenage boy.

Lightfoot told ABC News that when the pandemic hit, of top concern to the city were first responders — like police officers, firefighters, EMTs and 911 dispatchers — getting sick with the virus, and potentially even dying. Five first responders have died from COVID-19, according to the mayor. Because of that, Lightfoot said, “there was a natural kind of retrenchment that happened.”

Additionally, jails and prisons were becoming hotspots around the country for virus outbreaks, and the city and county needed to “decompress” that by letting people out of jail and not putting more in. The Illinois Department of Corrections is also limited the number of prisoners who can be transferred from county jails to the state’s system.

“I’m not going to say it’s a primary driver of the violence, but when you essentially say we are reluctant to lock people up, and people who are wreaking havoc in neighborhoods know that, that has an impact,” Lightfoot told ABC News Political Director Rick Klein.

In addition to working to stop the spread of a deadly virus that has already claimed the lives of more than 130,000 Americans, including more than 4,600 in Cook County, where Chicago is, the country is also facing a reckoning over race and policing, which took off in the wake of George Floyd’s death at the hands of police officers in Minneapolis. One demand from protesters has been to “defund the police.”

Lightfoot said that when she’s spoken to people who say they support this call, they aren’t actually wanting there to be no policing in their communities, but rather they want more investment in “the kind of things that many of us that live in safe neighborhoods take for granted,” like schools, jobs, affordable housing, grocery stores and mental health resources.

“I think, fundamentally, what it comes down to is show us equality, show us equity, give us funding — make sure that our neighborhoods are invested in and not just by the police,” Lightfoot said. “The police are not equipped to be the drug counselors, the domestic violence interrupters, the mental health counselors. And yet they’re called upon to serve over and over again in those roles. And in some ways, we’re setting them up with an impossible task that people don’t want.”

On “Powerhouse Politics,” the mayor blasted the president and his administration for their lack of support during the pandemic. While the city has “absolutely gotten help” from the Centers for Disease Control and Prevention, Lightfoot said that it’s “patently insincere” for President Donald Trump to offer help when so far, all the city has gotten is “saber rattling… finger pointing (and) blaming us for being a sanctuary city.”

A “constructive partnership” has been “fundamentally lacking,” Lightfoot said.

“I don’t need to beg anybody for help. He’s the president. He should lead… he should listen,” she said, telling “Powerhouse Politics” than when the White House Coronavirus Task Force was created months ago, she sent a letter and communicated over the phone to Vice President Mike Pence that the administration should form a group of “bipartisan, geographically diverse mayors” to consult with during this crisis.

“(That) got zero traction. What they did instead is hosted propaganda calls that most mayors I know said this is an utter waste of my time,” Lightfoot said. “I don’t need to be indoctrinated. I need help.”

Klein also asked Lightfoot about the presidential race. Lightfoot, who endorsed Joe Biden, the presumptive Democratic nominee, in early March, said she thinks it would be wise for the former vice president to choose a woman of color to serve as his running mate.

But Lightfoot, who is Black, also stressed that it’s most important for Biden to pick someone who could step into the presidency at any moment, something Biden himself has repeatedly indicated he’s looking for also.

“I’m just hoping he picks somebody who has demonstrated that they’ve been tested, that they have the strength of character, the breadth of experience that’s ready to help lead this country,” she said, adding that she’d imagine Biden would be looking for a relationship similar to the one he had with former President Barack Obama.

She also told “Powerhouse Politics” that she’d like to see the vice president a Biden administration have a visible role in governing, and that she thinks both of them would be instrumental in fixing the damage she thinks been done throughout the current administration.

“If he wins, there’s going to be a lot of work to do. We have to repair relationships here at home and we have to repair relationships abroad… We need to lead and assert ourselves on a global stage,” Lightfoot said. “That’s going to take a lot of the energy of both the president and a vice president. And you’ve got to have somebody who’s got the gravitas and experience to be able to to occupy those kinds of spaces.”