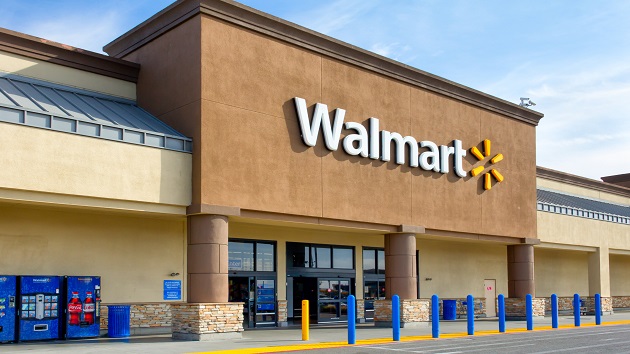 (NEW YORK) — BY: CATHERINE THORBECKEWalmart has donated $100,000 towards efforts to replace Arkansas’ Confederate-linked statues at the U.S. Capitol with new statues of singer Johnny Cash and civil rights activist Daisy Bates.The private sector donation comes as the nation is facing a racial reckoning in the wake of protests over the death of George Floyd in police custody that has led to the toppling of many Civil War-era statues across the country.”We support the effort by the state legislature and Governor Hutchinson to honor two prominent Arkansans, civil rights pioneer Daisy Bates and music legend Johnny Cash, with statues in National Statuary Hall,” Anne Hatfield, a Walmart spokesperson, said in a statement to ABC News.”We are pleased to support the state’s action with a gift to the Foundation for Arkansas Heritage and History to help make these new statues a reality,” Hatfield added.Walmart was founded in Arkansas in 1962 and its corporate headquarters remains in Bentonville, Arkansas.In April 2019, Arkansas Gov. Asa Hutchinson signed a bill into law that would swap out the state’s current statues at D.C.’s National Statuary Hall Collection with statues of Bates and Cash, according to the Associated Press.The current statues are of former Arkansas Gov. James P. Clarke and attorney Uriah Rose, who both defended the Confederacy. At the time Hutchinson signed the bill into law, the state said it would still need time to raise funds for the replacements. As of July 2020, the statues of Clarke and Rose still represent Arkansas in the U.S. Capitol, according to the National Statuary Hall Collection’s website.In a 2018 op-ed in the Arkansas Times, Clarke’s great-great grandson argued that the statue should be replaced and slammed his ancestor’s white supremacist sentiments. In the op-ed, Tucker said he hopes the statue will be replaced with one of Bates “or a member of the Little Rock Nine.”Bates formerly served as the president of the Arkansas chapter of the NAACP and was a pioneer in efforts to desegregate schools, notably serving as an advisor to the Little Rock Nine, the first nine Black students enrolled in Little Rock Central High School in 1957. In 1963, Bates was the only woman to speak at the Martin Luther King Jr.-led March on Washington for Jobs and Freedom, according to a Stanford biography of Bates. She died in 1999.Cash is one of the best-selling American musicians of all time and widely remembered for his legacy in the rock and roll and country music industries. Cash died in 2003.