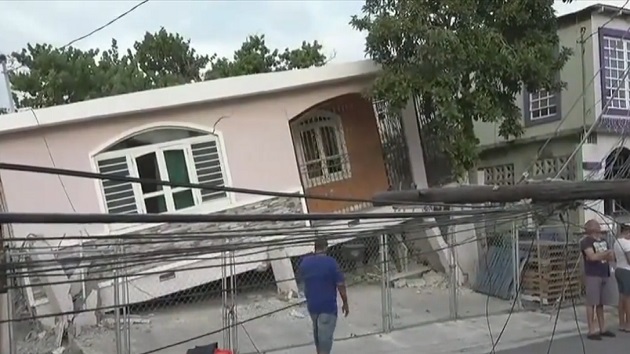 (SAN JUAN, Puerto Rico) — BY: JOSHUA HOYOS and CRISTINA CORUJOPuerto Rico Gov. Wanda Vazquez is responding to allegations that she fired a government minister after the official had called for an independent investigation into how aid was distributed in the wake of January’s earthquakes.A report from the newspaper El Nuevo Dia said that hours before being fired by Vazquez, the now former Justice Secretary Dennise Longo had recommended the appointment of an independent special prosecutor to look into the governor and close associates.According to the paper, on Friday Longo made a recommendation to the island’s Office of the Special Independent Prosecutor’s Panel to look into alleged irregularities in how aid earmarked to January’s earthquake relief efforts were distributed.According to the Puerto Rico’s Center for Investigative Journalism, that recommendation was what caused the governor to ask for the justice minister’s resignation.ABC News has not independently confirmed the reporting by the two news agencies.Sen. Juan Dalmau filed a resolution in Puerto Rico’s Senate to have Vazquez investigated.On Tuesday morning, Vazquez had a press conference where she said she didn’t know about any investigation against her. She defended her actions by saying that Longo had “intervened inadequately in a federal investigation involving the Health Department.””I don’t tolerate injustices nor vicious attacks to integrity,” Vazquez said.Vazquez says the federal investigation is related to the use of Medicaid fund during 2014-2019. During that period, Longo’s mother worked at the Health Department.Despite Vazquez’s allegations Longo denies that she intervened in the investigation.”The governor is making allegations that I was involve on investigations that I didn’t participate,” Longo said in an interview with the local radio show WKAQ 580.Prior to appearing before the Puerto Rican people, the governor fought back in a statement Monday night saying she was not aware of the recommendation and she would let her resume speak for itself.”I want to make it completely clear again that, as governor, I have given total independence to said agency [Department of Justice] and I was never notified of any investigation against me, therefore, the determination to withdraw the trust to the former secretary has no relation to the allegations,” she said.Nevertheless, the calls for Vazquez to resign have already started.The island was rocked by a series of earthquakes including a magnitude 6.4 tremor on January 7. A week later, a 43,000 square foot warehouse in the southern city of Ponce was discovered filled with filled with supplies, including thousands of cases of water, believed to have been from when Hurricane Maria struck the island in 2017.Vazquez quickly fired the island’s director of emergency management and called for an investigation. Food, water, diapers, baby formula, cots and tarps were all stored at the warehouse.

That incident sparked protests outside the Governor’s Mansion in San Juan calling for Vazquez’s resignation.Vazquez previously served as the justice secretary when Gov. Ricardo Rossello, was ousted from his position last year following a scandal surrounding a leaked Telegram chat group that sparked island-wide protests.