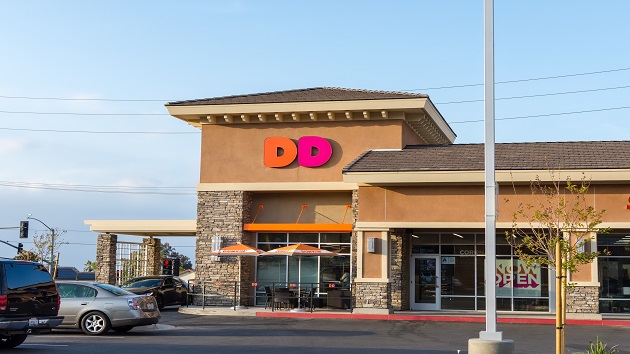 (NEW YORK) — BY: KELLY MCCARTHYDunkin’ will close 450 locations inside convenience stores around the country before the end of the year.”Dunkin’ reached an agreement with Speedway earlier this year to exit the approximately 450 Speedway owned and operated limited menu Dunkin’ locations along the east coast by the end of 2020,” the company said in a statement to ABC News, which was first announced in the company’s fourth quarter earnings call in February.The coffee and donut chain said that the sales from those locations made up less than 0.5% of U.S.-based margins in 2019.”Very few of the approximately 450 Speedway owned and operated limited menu Dunkin’ locations have closed to date, and we remain on track to exit Speedway by the end of 2020,” the statement added.The soon-to-be-shuttered locations inside of the convenience stores were first opened in agreement with Hess, which Speedway acquired in 2014.The fast-casual restaurant is confident that by “exiting these sites” Dunkin will “be better positioned to serve these trade areas with Dunkin’s newest Next Generation restaurant design that offers a broader menu and modern experience.”The brand said it will still look to grow its gas station and convenience locations as well as airports, universities, travel plazas, and military installations.The classic pink and orange shops recognized as “America’s most-loved beverage-led, on-the-go brand,” which dropped donuts from its name in a 2018 rebrand, still has over 8,500 restaurants in 41 states. Copyright © 2020, ABC Audio. All rights reserved.

At least 6 Republican operatives, some tied to Trump camp, working to get Kanye West on the 2020 ballot
History made as first African American general leads one of the military services
In bombshell plea, close friend admits to murdering former Arkansas state senator
2020 may be ‘one of the busiest’ hurricane seasons on record: NOAA
Students at school touted by Pence for reopening must quarantine due to COVID-19
Coronavirus updates: A disproportionate number of non-white children are dying, data shows