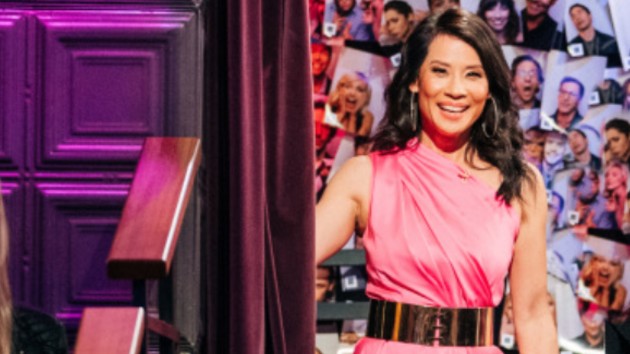 (NEW YORK) — Lucy Liu has made a name for herself by starring in movies like Charlie’s Angels and Kill Bill — but she says her journey to success was anything but easy because she had to work twice as hard as her white counterparts.

Liu, in a Saturday interview with the Sydney Morning Herald, says she was given a hard dose of reality when she graduated from college and moved to Los Angeles to pursue her dream of becoming an actress.

“I think I was just too naive and didn’t know what was ahead of me or what I was going to be up against,” The 51-year-old remarked. “A friend of mine would have 10 auditions in a day or a week and I would have maybe two or three in a month.”

After noting the disparity, she said that was when she “knew it was going to be much more limited for me.”  Because of that, Liu knew she couldn’t hold anything back whenever opportunity knocked.

“I got really lucky with a few jobs, which put me in rooms for auditions where I looked like no other woman in the room,” the alum of the long-running CBS drama Elementary noted, saying that instead of feeling defeated, the realization only made her try even harder.

“I thought, ‘I don’t even understand why I’m here, but I’m going to give it my all,"” Liu affirmed. “I think when you are somewhat the black sheep, you don’t really have anything to lose, because they are not necessarily looking for you. So you may as well go for it!”

Liu most recently starred in the 2019 dark comedy Why Women Kill.

Due to COVID-19, Liu’s projects have been placed on hold.  She is spending her days quarantining in New York City with her four-year-old son, Rockwell.

Dutch skateboarder Candy Jacobs discusses nightmare of missing Olympics due to COVID
Antibody cocktail may be answer for uncommon breakthrough COVID cases that put some at risk
Anxious about the return to ‘normal’? Here are five tips to help post-pandemic anxiety
Biden’s vaccine requirement could ‘very well’ require troops to get the shot
Expected vaccine requirement for federal workers raises new questions
Pacific Northwest braces for another heat wave as dozens of wildfires continue to burn